With a relatively small group of voters who can have idiosyncratic tastes, surprises in 2018’s Golden Globes nominations are all but inevitable. But if these predictions are correct, HBO’s “Big Little Lies” and NBC’s “Will and Grace” will be the top nominees in the TV categories with five nominations a piece.

Best Drama Series
Predictions: “The Crown,” “Game of Thrones,” “The Good Doctor,” “The Handmaid’s Tale,” “This is Us”

In the television categories, the HFPA would rather lead the Emmys than follow them – but in the absence of a new show as hot as last year’s “The Crown,” they’re almost forced to stick with four recent Emmy nominees in that show, “Game of Thrones,” “The Handmaid’s Tale” and “This Is Us.” But the voters may have cooled on the second season of “Stranger Things,” which could leave an opening for one new show from among “The Good Doctor,” “Mindhunter,” “Ozark” and “The Deuce.” We’re betting on the first of those.

Here’s where voters can really go for new shows: Franco, Highmore, Bateman and Jonathan Groff (“Mindhunter”) are all contenders, though it’d be silly to rule out Rami Malek for “Mr. Robot” as well.

Coon is the biggest longshot here – but she’s having a moment the HFPA may want to be a part of, and there’s too much competition for them to nominate her in the movies/minis category for “Fargo.” Catriona Balfe (“Outlander”), Mandy Moore (“This Is Us”) and Keri Russell (“The Americans”) are definitely in the running too. 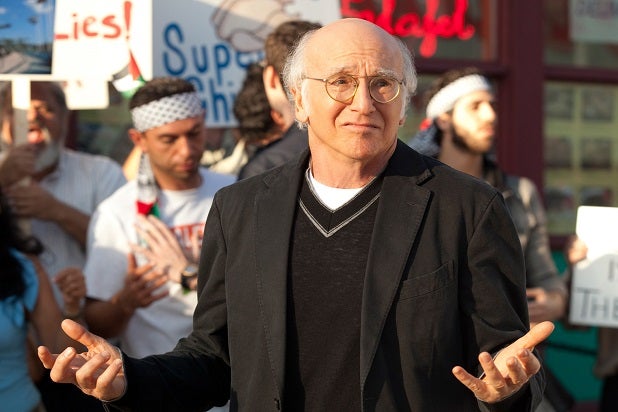 Best Comedy Series
Predictions: “black-ish,” “Curb Your Enthusiasm,” “Master of None,” “Veep,” “Will and Grace”

If voters want to embrace something new, they can choose from “GLOW,” “The Marvelous Mrs. Maisel,” “SMILF” or “The Good Place” – but the recent return of both “Curb your Enthusiasm” and “Will and Grace” may well have struck more of a chord with them. Meanwhile, they can’t not nominated “Veep” and “black-ish,” and probably not “Master of None” either. Meanwhile, the sexual-misconduct allegations about Jeffrey Tambor may knock “Transparent” out of contention.

Also Read: Jeffrey Tambor: ‘I Don’t See How I Can Return to ‘Transparent”

It’s hard to imagine that they’ll want to offer an encore to perennial nominee Jeffrey Tambor, and the glow around “Mozart in the Jungle” may have faded enough that Gael Garcia Bernal will fall out as well. That should allow TV vets Danson and David back in, though it’d be nice if Hank Azaria could get some love for “Brockmire.”

Rae and Ross have momentum. They want to welcome Messing back. Louis-Dreyfus, because of course. It’s tempting to go out on a limb and predict a nod for Frankie Shaw in “SMILF” in the fifth slot, but Brie is probably a safer bet. Surprise Emmy nominee Pamela Adlon (“Better Things”) won’t be helped by the fact that Louis C.K. is involved with her show, but Rachel Brosnahan could be a real contender for the up-and-coming “The Marvelous Mrs. Maisel.” 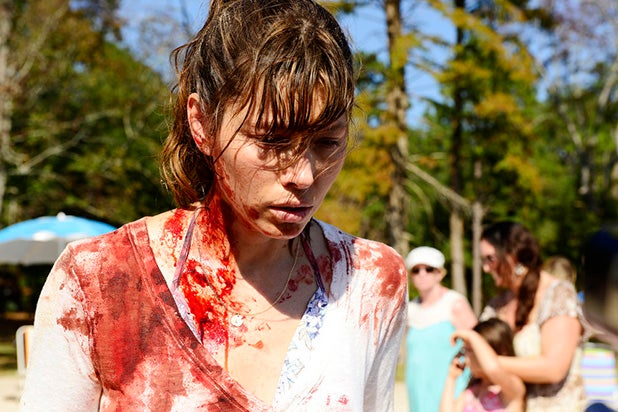 The miniseries were among the year’s biggest TV events, and Globe voters won’t be able to resist “Big Little Lies,” “Fargo” and “Feud.” “The Sinner” gives them a new program to rally around. “Twin Peaks” might well be too damn weird for their tastes, but it also felt like an event, which could give it an edge over “Top of the Lake: China Girl,” “Alias Grace” and “American Horror Story: Cult.”

Let’s assume that voters don’t feel the need to reward the frequent Globes host Ricky Gervais with a nomination for “David Brent: Life on the Road” (they might), and that Geoffrey Rush lost a few votes for “Genius” because of vague tabloid accusations (can’t be too careful these days). The lineup that’s left leaves out Benedict Cumberbatch (“Sherlock: The Lying Detective”) and Evan Peters (“American Horror Story: Cult”), both of whom might find a way in.

The HFPA loves Biel. Emmy nominees Kidman, Lange, Sarandon and Witherspoon are a formidable quartet, though it probably didn’t help Sarandon any when she talked about how Hilary Clinton would have been as bad as Donald Trump right around the time voters were casting their ballots. If that comes back to bite her, the beneficiary could be Elisabeth Moss (“Top of the Lake: China Girl”) or Oprah Winfrey (“Immortal Life of Henrietta Lacks”). 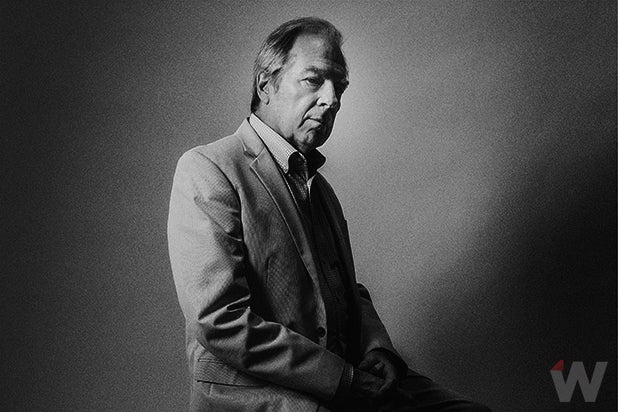 With a category that encompasses comedy series, drama series, miniseries and TV movies, it’s almost impossible to get a handle on all the supporting-actor contenders. We’ve got one from a comedy series, two from miniseries and two from drama series – this last pair including the biggest longshot, Michael McKean, whose “Better Call Saul” swan song just might get more attention from the HFPA than from the Television Academy. But watch out for Alfred Molina, Idris Elba, Tituss Burgess and, oh, about a hundred others.

The same thing applies here as in the supporting actor category: too vast a field to cover, too many contenders. Still, Dern and Brown and Dowd and Metz seem almost unstoppable, and Mullally can be a force of nature. Winona Ryder, Alexis Bledel, Rita Moreno and even Judith Light (a consolation prize for “Transparent”) are in the running as well.

Nominations will be announced in the wee hours on Monday, Dec. 11.