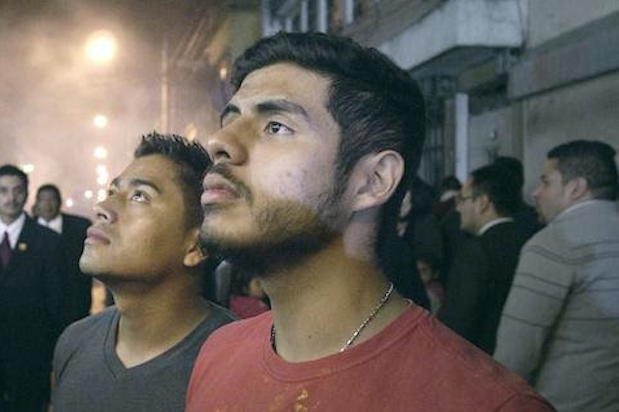 Guatemalan actor Enrique Salanic has been blocked from entering the United States ahead of the U.S. premiere of his award-winning movie “José,” in which he stars.

The film premieres in New York City on Jan. 31, but according to distributor Outsider Pictures, Salanic is still campaigning to be granted entry to the U.S. “José” has received critical praise so far, having already won the Queer Lion at the Venice Film Festival and a handful of other awards.

Attempts to bring the actor to the states have been fruitless. According to Outsider, the U.S. embassy in Guatemala has twice denied his non-immigrant visa applications, citing a concern that he is a “flight risk” because he lives with his parents in Guatemala and has no permanent address in the U.S.

“Denying Enrique Salanic his entry visa to promote his work in a film produced, financed and distributed by American citizens and companies represents just one way in which the current administration’s immigration rules impact U.S. businesses, and it perpetuates the negative impression the world has of America. Denying entry to a man who has already successfully studied in the U.S. just because he is from Guatemala is unjust and cruel,” Outsider Pictures’ Paul Hudson said.

Robert Rosenberg of Outsider Pictures also told TheWrap, “It broke my heart that such a talented young actor like Enrique, who is the star of our movie, is being thwarted in pursuing his career by our own government in the U.S. Our policies should encourage this kind of ambition and success, not trap Central Americans in their countries, as if they were less than human.”

In a statement on the creation of the film — which focuses on Salanic’s young, gay character falling in love for the first time while living with his mother in Guatemala — director Li Cheng discussed the movie’s cultural relevance.

“‘José’ is really a page ripped from today’s news headlines,” he said. “The crises of young people, single mothers and dark-skinned peoples in Guatemala frames the film’s story. Guatemala has become an increasingly violent and dangerous place, where more than half the people live in poverty. Indeed most of the children separated from their parents and locked in dog-like cages in Texas (shocking people around the world) are Guatemalan, not Mexican, as is often claimed.”

A representative for the embassy did not immediately return a request for comment.