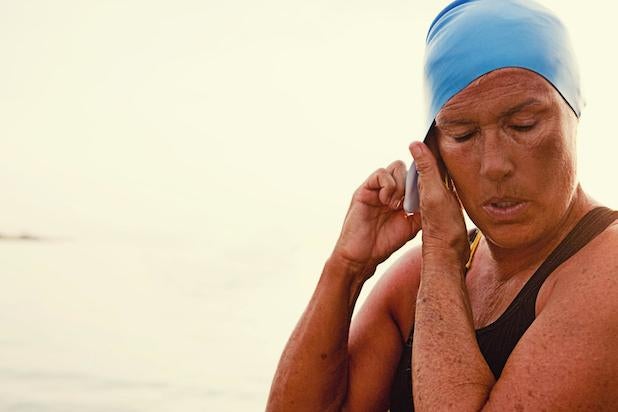 It’s taken me a long time to get onboard the documentary bandwagon, mostly based on a childhood belief that all documentaries were paced slowly and voiced by the same sonorous British man who dramatized all PBS shows.

When award seasons roll around and stars are lauded for their “brave” performances while strolling down infinite red carpets, it’s good to balance the pomp and backslapping with a look at some real life men and women, all around the world, whose courage and boldness inspire extend beyond a soundstage.

While the stories are often about sports and seem to involve the usual clichés about heart and determination, they shine a light on parts of the world, and parts of people, that we don’t often see. Oh, and you will cry.

“The Other Shore”: Diana Nyad, is a 64 year old long distance swimmer who was determined to swim from Cuba to Florida. After failing to do so before she “retired” in her 30s, she decided to attempt this again. And again. And again. Her story is about not being a victim of your past, not being afraid of who you are and that determination can look pretty similar to stupidity until you succeed.

“Sepideh”: There are a lot of stories coming out of Iran lately and the most interesting ones are about the surprising role of women under what seems like a smothering regime. Sepideh follows a teenage girl who wants to be an astronaut. She lugs around an old-fashioned telescope for midnight viewing on a local hilltop while filling her journal with “letters” to Albert Einstein. Her uncle assures her that if she behaves dishonorably, he will kill her, while her astronomy teacher encourages her to apply to university.

“The Iran Job”: A Caribbean basketball player plays for one of the worst teams in Iran’s league. Having played around the world, he comes to Iran without prejudice but the greater surprise is not only that he meets none but that he’s “adopted” by three young women, who are all part of the changing Iran.

“Off the Rez”: Being one of the best female high school basketball players isn’t a golden ticket when you’re Native American. The reservation is a place of family and security but it’s also a way of hiding from the world. What happens when you have to make a choice?

“Rising from Ashes”: “Rwandan cycling team” sounds like a punch line. You’d think that there are many things Africa needs before it needs cyclists but normalcy starts with reclaiming basics, which includes bigger dreams.

There are many different kinds of movies but the value of documentaries is to remind us that you don’t need a $50 million dollar budget or a mega-watt star to tell a story. It’s amazing how many different stories walk down the street every day, beside us. And inside us.