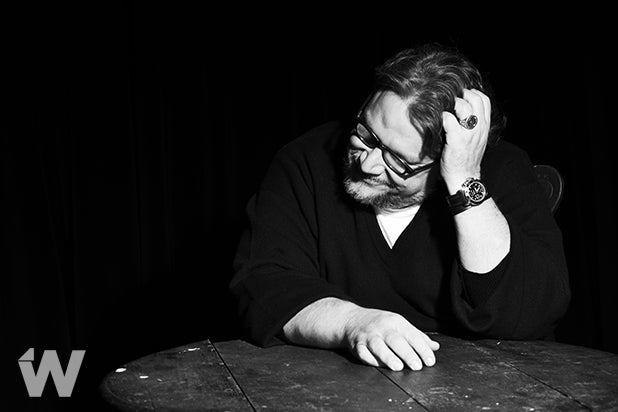 The 13 nominations for his film “The Shape of Water” are great. Status as the de facto Best Picture frontrunner is flattering. But if you really want to get Guillermo del Toro excited, just let him start talking about the other directors alongside whom he was nominated on Tuesday.

“It’s a landmark year in many ways,” del Toro told TheWrap. “It’s beautiful to see a symphonic piece like what Chris Nolan has done with ‘Dunkirk’ … and a personal dark ballad like “Phantom Thread’ from Paul Thomas Anderson … and to see Greta Gerwig, who created a beautiful calibrated and deeply emotional chamber piece with ‘Lady Bird’ … and I have a huge kinship with [“Get Out” director] Jordan Peele, and a huge pride in the fact that both of us, through different alchemies, have brought genre pieces into the conversation.”

With del Toro, it all comes down to genre: horror movies, monster movies, sci-fi movies. “Genre was born side-to-side with the movies being born, with the Lumieres and Georges Méliès,” he said. “And genre has given us images from Burnau, Bergman, Kubrick – many of the primal images of cinema come from parables and from the fantastic.”

And because he was obsessed with horror films since he was a child, del Toro feels that “The Shape of Water” is a deeply personal film. “The beauty of ‘Lady Bird’ is that it’s a beautiful little biography, the chronicle of a very intimate thing,” he said. “And for me, the equivalent with monsters is ‘The Shape of Water.’

“This has been with me since my earliest years, this idea of the beauty and redemptive power of the fantastic. There is a dark poetry that I go to again and again, and you hope that it will connect with other people the way this movie has.”

For now, del Toro is not planning to begin directing anything until late this year. But he has a number of projects in the works as a producer, including two that he said he has to deliver to studios.

One, “Antlers,” is in development for Fox Searchlight with director Scott Cooper; del Toro, who is producing it with J. Miles Dale, called “a horror movie that is really very creative and sort of in the ‘Mama’ mold.” The other is “Scary Stories to Tell in the Dark,” which will be directed by André Øvredal and produced by del Toro and Sean Daniels.

“I am actively producing, and as a director I’m continuing to develop things,” he said. “But right now, my real goal is to stay in this movement with ‘The Shape of Water,’ and live it as fully as I can.”