A girl met a guy at a bar and gave him her number, but instead of ignoring the unwanted admirer, she had her brother text back using only Hannibal Lecter quotes.

As Imgur user lucy2shoes said in a post about the purported incident: “to get the guy at the bar to leave me alone I gave him my number, which was actually my brother’s number, who then only responded with Hannibal Lecter quotes.”

But the creepy text messages didn’t seem to faze the admirer, who kept texting back positive encouragement messages and still wanted to know what she had planned for the day.

See the texting conversation below. 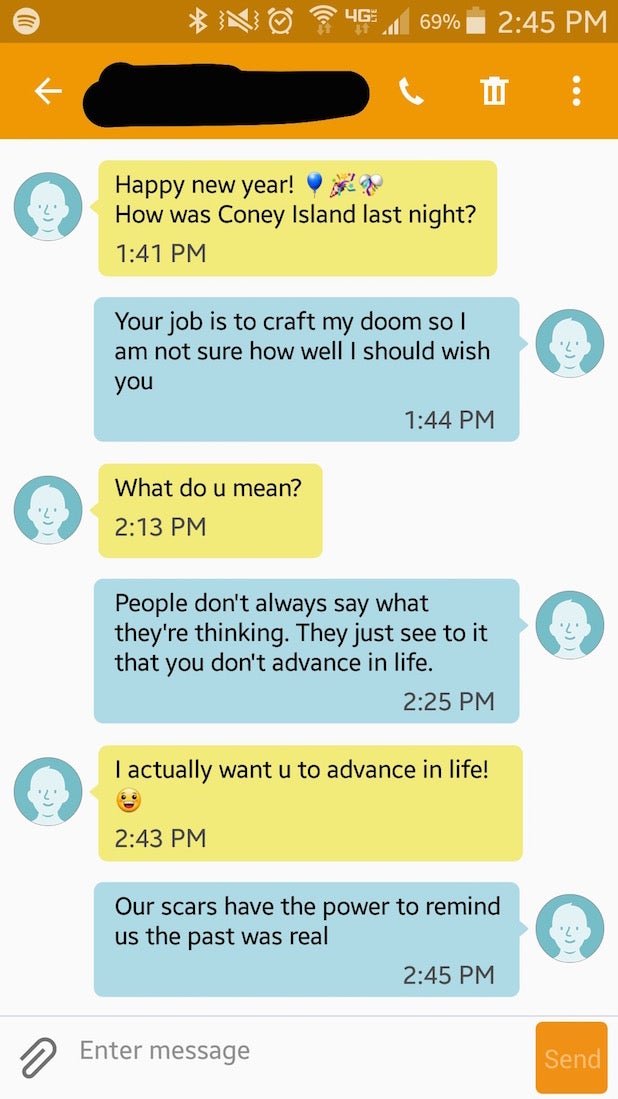 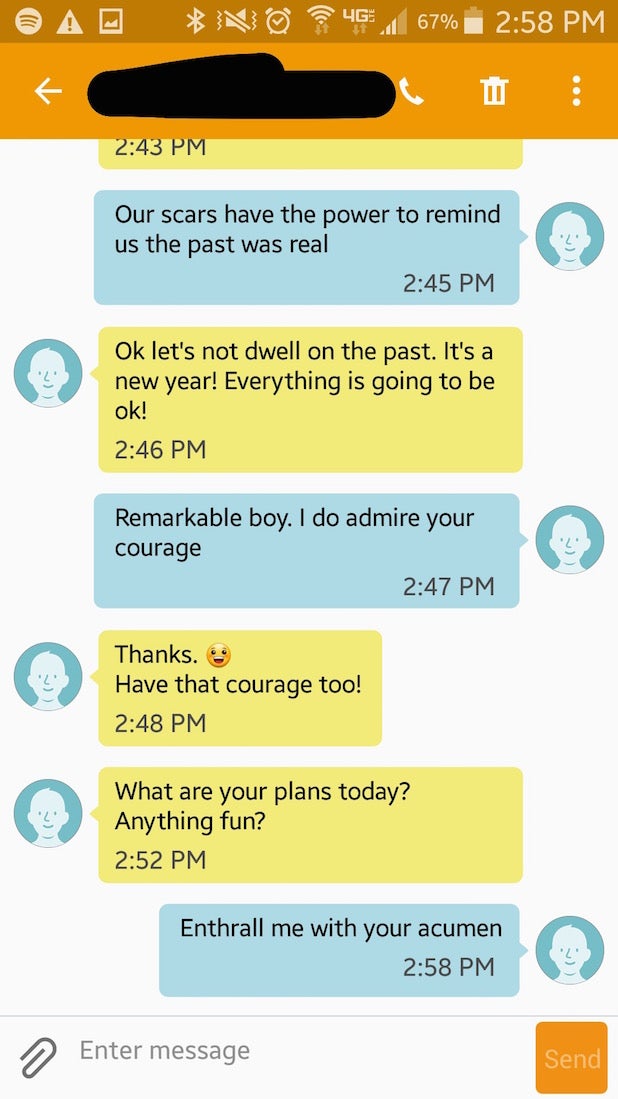 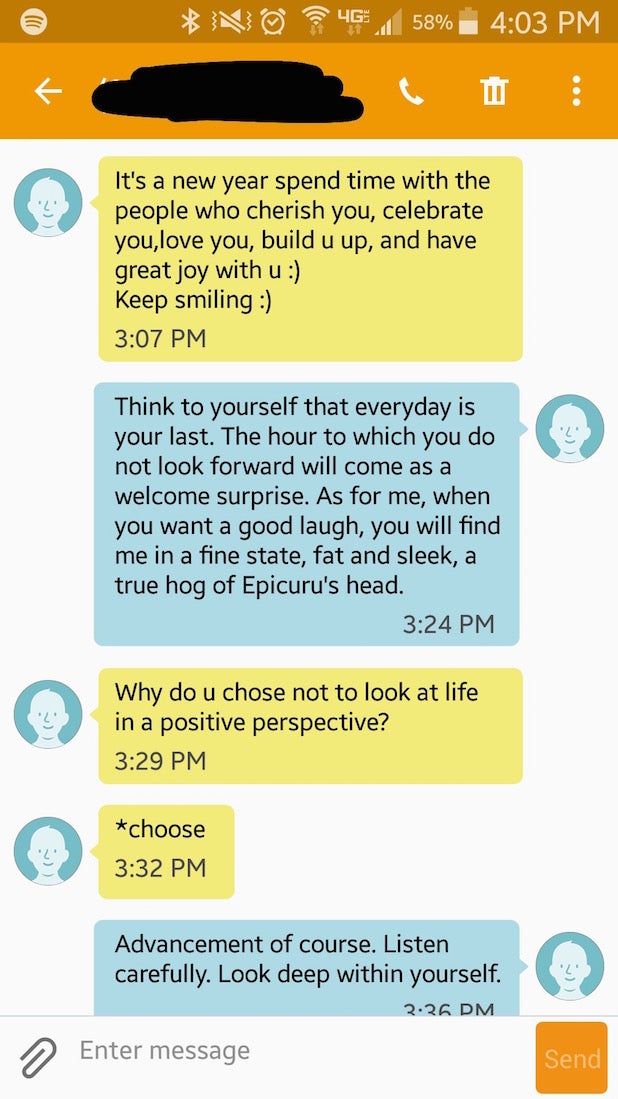 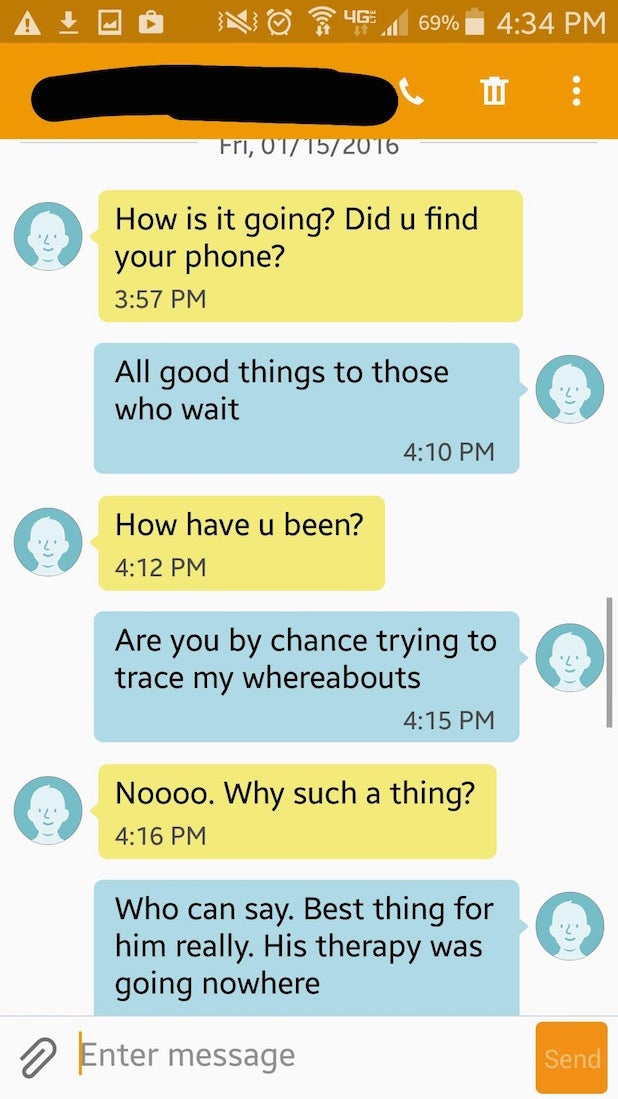 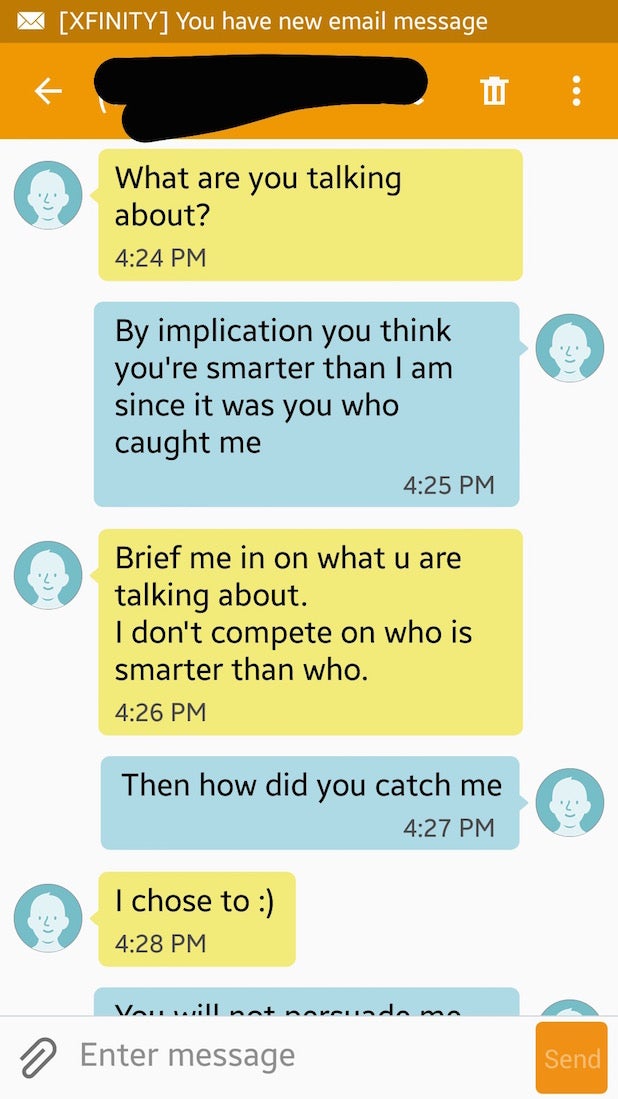 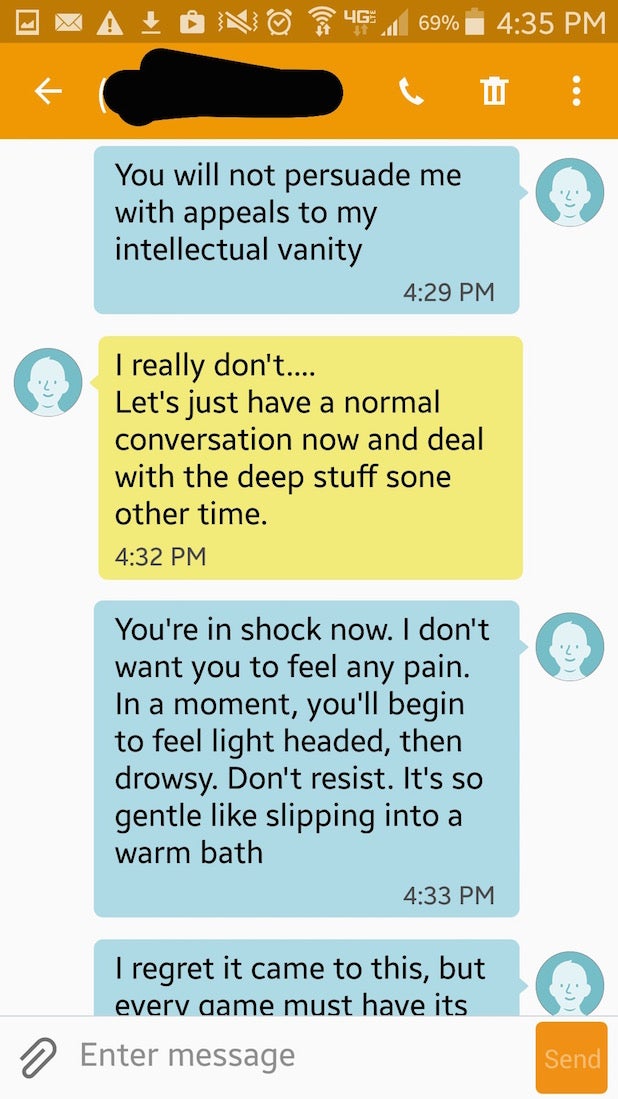 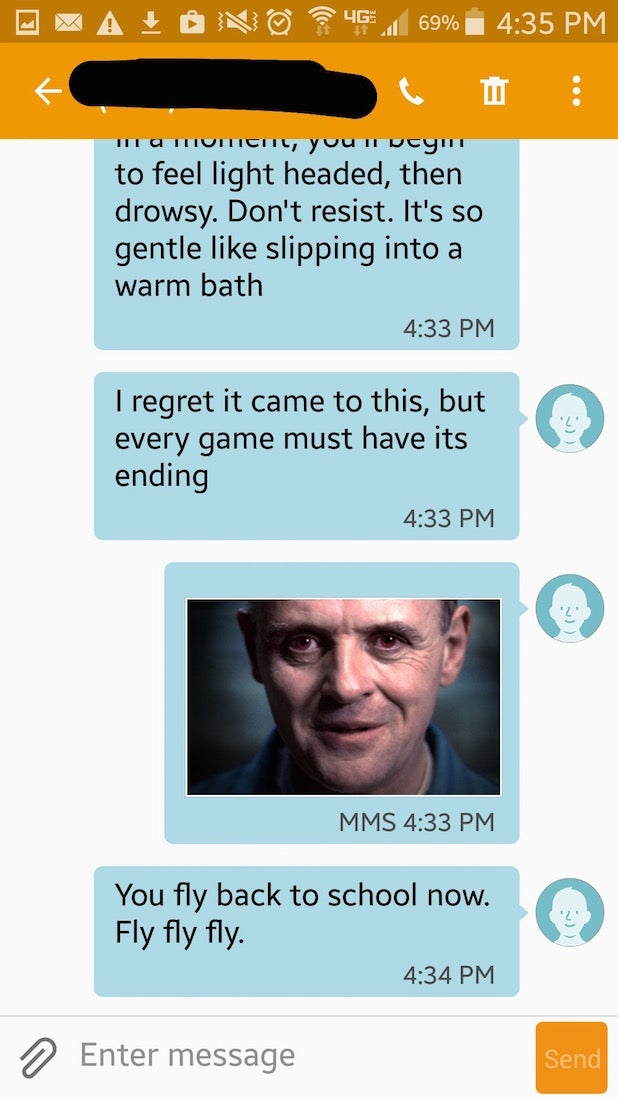 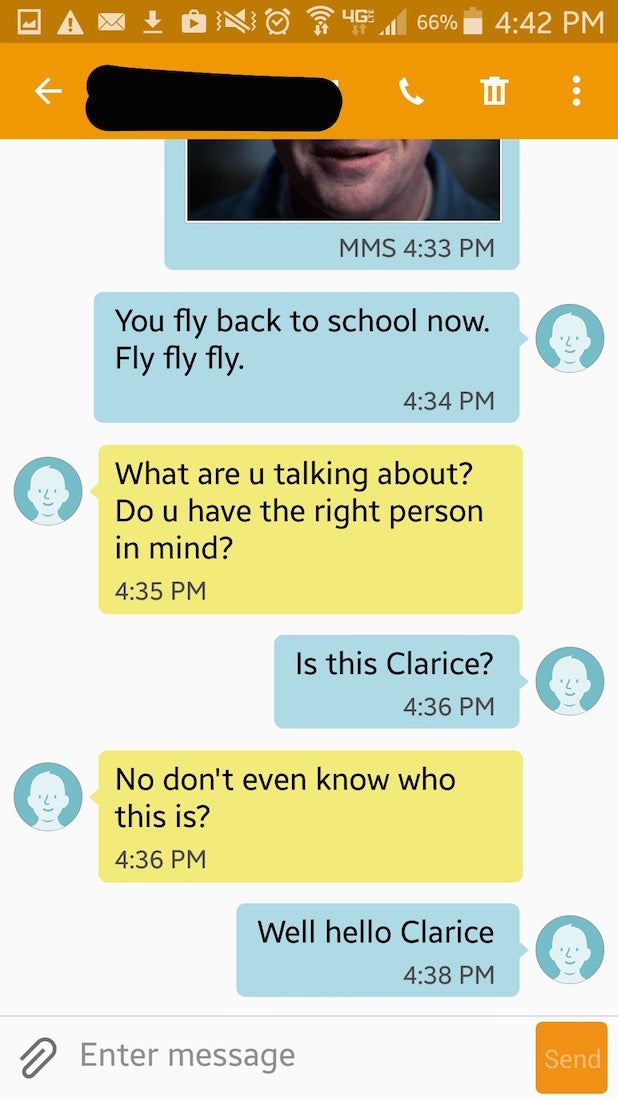