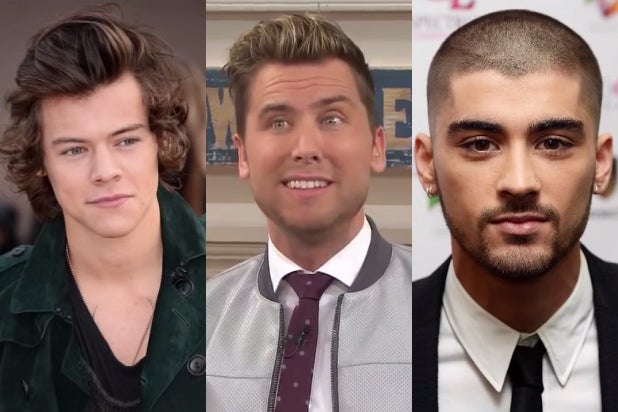 Harry Styles had been preparing to leave boy band One Direction for months before Zayn Malik’s exit stole his thunder and still may be leaving soon, according to former *NSYNC member Lance Bass.

“Harry Styles has been ready to go solo for many months,” Bass said on “The Meredith Vieira Show” Thursday. “In fact, he’s been recording solo; he was about to leave. This Zayn thing was just spur of the moment.”

Bass suggested Malik’s departure in March derailed Styles’ jump to solo stardom, but that the de facto One Direction frontman still plans to strike out on his own soon.

“I just see Harry leaving soon, and I don’t see another One Direction album happening after he leaves,” Bass said.

The singer — who is no stranger to boy band breakups — commended Malik for calling it quits first.

“I think it’s the best move he could have ever done,” Bass said. “Harry Styles is a household name. Your grandmother knows who Harry Styles is, but Zayn Malik — didn’t really know the know name until he was the first to leave the group.

“Kudos to him for being smart to leave,” Bass added.

The erstwhile pop star said that even after One Direction breaks up, the bandmates share a bond that will last for life.

“They were put in a situation that they didn’t know they were going to be in,” Bass said. “I mean, they were put together on a television show . So that they lasted this long as a group is a surprise to me.”