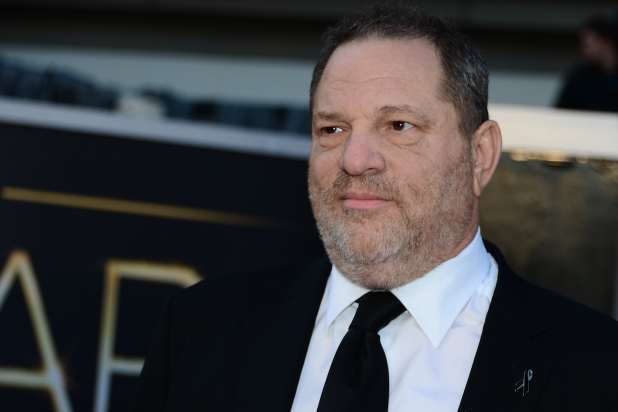 A new development deal between The Weinstein Company and Miramax to create and produce sequels and television shows based on hit films such as “Rounders” and “Good Will Hunting” left Harvey Weinstein thinking about the final moments of “Raiders of the Lost Ark.”

“It’s like we’re opening the warehouse at the end of the film and [Colony Capital founder Tom Barrack] has given us the keys to all these treasures,” The Weinstein Company co-founder told TheWrap Monday after the agreement was unveiled.

Under the pact, The Weinstein Company and Miramax, which is backed by Colony and Qatar Holding, is planning to produce one or two movies and television shows a year derived from Miramax’s library of 700 films and a stage production roughly every 18 months. The move will not have a substantial impact on how The Weinstein Company develops its own slate of films, but it may limit the number of pictures it acquires from roughly five to two or three annually.

Development on the projects will begin early in 2014. Miramax and Qatar will finance the films and The Weinstein Company will earn production and distribution fees, Weinstein said.

“We’ve got to get this to work, but if the idea works, we win, they win, everybody wins,” Weinstein said. “Because of our knowledge of these properties, we think we’re the right people to do this.”

Indeed, few people are more familiar with the Miramax canon. Weinstein and his brother Bob created the company and guided it to critical and commercial glory, establishing the careers of filmmaking legends like Quentin Tarantino and Kevin Smith with such classics as “Pulp Fiction” and “Clerks” in the process.

Among the projects he’s eager to revisit as sequels are “Shakespeare in Love,” “Swingers” and “Rounders,” and Weinstein is energized by the prospect of turning “Good Will Hunting” and “Flirting with Disaster” into television shows.

Any moves will be done in conjunction with the creative teams behind the projects, Weinstein said. Noting that “Rounders” stars Matt Damon and Edward Norton were enthusiastic about a possible sequel.

“We want to make it international in scope,” Weinstein said.

The Weinsteins left Miramax in 2005 while it was still owned by the Walt Disney Co. and were bidders when the studio was put up for sale in 2010. He said at one point he was approached by Barrack and his business associate, actor Rob Lowe, about pooling their resources to purchase the company. That didn’t come to fruition, but Weinstein maintained a friendship with the Colony Capital chief over the years. Talks of a possible collaboration were rekindled last summer while his family vacationed with Barrack’s in the South of France.

He told TheWrap that he was greatly impressed by how Colony and its partners had monetized Miramax’s library of Oscar winning and cult films with distribution deals with digital companies such as Netflix.

“People laughed when they bought the company, but they had the last laugh when they got all their money back in two years,” Weinstein said. “They’re in the free and clear.”

Weinstein made it clear that the pact had emotional significance for him and his family. After all, the company they created was named after their parents Miriam and Max. As a sign of the familial importance, for the first time in his decades-long career, Harvey Weinstein included a quote from his mother on a press release announcing the deal.

“Over the years Bob and Harvey have never let me talk although I would have done better than them, after all I am a Jewish mother,” she said in a statement. “I want to thank Tom Barrack, Colony Capital, and Qatar Holding for bringing Miramax actively back into my life and making a dream come true. No one would be happier than Harvey and Bob’s late father, Max.”

Or as Harvey Weinstein put it, “my mom is finally forgiving me for not being a doctor.”