Less than half of U.S.-based Discovery+ subscribers are also subscribed to WarnerMedia’s streaming service, HBO Max, according to Discovery, Inc. — the company that will soon be acquiring WarnerMedia.

“Assessing the overlap in respective subscriber bases, at least here in the U.S., we believe less than half of Discovery+ subscribers are also HBO Max subscribers, which with the right packaging, provides a real opportunity to broaden the base of our combined offering,” Discovery president and CEO David Zaslav said during the company’s third-quarter earnings call Wednesday. “And with our global appeal, infrastructure and local market capabilities, our international roadmap is very much still untapped and provides meaningful upside over the coming years.”

Zaslav added later in the call that former top Disney+ exec Kevin Mayer will be consulting on the direct-to-consumer aspects of Discovery’s merger with WarnerMedia, which is currently expected to close in mid-2022, and Discovery’s chief financial officer Gunnar Wiedenfels will serve in the same role for the new company, Warner Bros. Discovery. 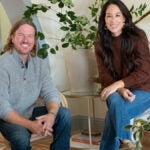 On Wednesday, Discovery reported it had reached 20 million paying streaming subscribers worldwide by the end of September. The company did not break out Discovery+ numbers specifically, so this tally includes its other, much smaller SVOD platforms, but the majority of that 20 million figure is made up of Discovery+ numbers, per Discovery.

In comparison, HBO and HBO Max topped 69 million worldwide customers combined at the conclusion of Q3, according to WarnerMedia‘s third-quarter earnings results, which were released late last month. Domestically, HBO Max and HBO have a combined 45.2 million subscribers.

Drawing a direct comparison between the number of HBO Max subscribers and Discovery+ subscribers in the U.S. is not possible using this publicly released data alone, seeing as WarnerMedia doesn’t break out HBO Max from its domestic total and Discovery+ isn’t singled out by Discovery at all. 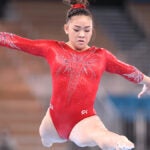 Also Read:
Discovery Revenue Soars in Olympics Quarter – but Not as Much as Expenses

As Zaslav emphasized over and over again on the Q3 earnings call, Discovery and WarnerMedia’s content catalogues are very different and, when combined, will make for a very varied offering. Discovery is the home of HGTV, Food Network, Discovery, TLC and more top unscripted brands, while WarnerMedia owns a roster that includes HBO, New Line Cinema, DC, CNN, TNT, TBS, truTV, Cartoon Network, Adult Swim, Crunchyroll and Rooster Teeth, among others.

Readers can get an overview of Discovery’s third-quarter 2021 earnings results here.