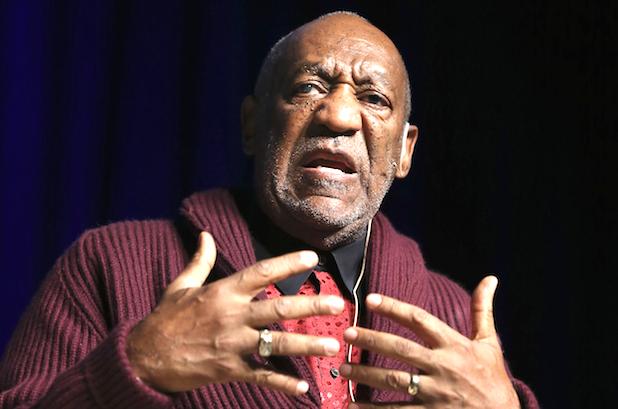 Bill Cosby has hired a battalion of private detectives to dig up dirt on more than 20 women who have publicly accused him of rape, sexual assault and or spiking their drinks with drugs. But experts tell TheWrap this latest countermove could backfire big time.

Top P.I.’s say the embattled comedian faces exorbitant costs, further damage to his image, not to mention, he’s way too late to .

“If he had done this earlier, things would have been a lot better for him now,” private investigator Logan Clarke, who worked on the O.J. Simpson and Casey Kasem cases told TheWrap. “A lot more women would have had second thoughts about coming forward.”

According to Clarke, Cosby should expect to “open up his checkbook real wide.” He said a case like Cosby’s would require a team of at least six to eight investigators.

Since Cosby is worth millions, shelling out a few hundred thousand dollars to an investigative team may be the least of his problems.

See video:: New Cosby Accuser Says She Blacked Out for 2 Days After Comedian Drugged Her

“At this point he’s trying to catch a speeding train loaded with his reputation,” Clarke said. “I’ve been doing this for a long time, and I can tell you, I don’t think these women are doing it just to jump on the lawsuit bandwagon.”

Another expert says no P.I. would want to work with Cosby, if they find him guilty of multiple allegations.

“Our first job is to seek out the truth,” said former president of the “World Association of Detectives,” Allen Cardoza. “If his goal is to paint a one-sided picture, I’m not his man. I have to be able to look at myself in the mirror knowing I’m doing something positive.”

Cardoza says one of the things Cosby’s team of investigators should do is run a background check on the alleged victims to see if they’ve ever perjured themselves.

“I’d be looking for anything that’s not kosher in their past. If we found that they made similar allegations against other people in the past, that could put their motives into question.”

And he’d look for women to counter the claims by painting Cosby as a good guy. But they better have sterling reputations.

“If you’re trying to repair your credibility, you better do it with people who are credible.”

Also read:: Judd Apatow Still Slamming Bill Cosby: ‘I Have Had Sex With Less People Than He Raped’

Like Clarke, Cardoza also believes the comedian’s team should have acted faster.

“There has been almost no pushback from the Cosby camp. I don’t know that it’s been handled very well. Things keep coming out against him.“

Hiring a legion of investigators may be helpful, but it’s not without its own complications.

“There is a danger it could be seen as an act of desperation,” said Clarke. “Had he done this a month ago, it could have been presented as just trying to defend one’s honor.”

Cosby attorney Martin Singer has not yet responded to TheWrap’s request for comment.

But the TV legend’s legal team has previously released a statement saying: “The new, never-before-heard claims from women who have come forward in the past two weeks with unsubstantiated, fantastical stories about things they say occurred 30, 40, or even 50 years ago have escalated far past the point of absurdity.”

Since the latest allegations against Cosby surfaced, NBC has abandoned plans to develop a comedy that would have starred Cosby, while Netflix postponed a comedy special featuring the comedian. Also, several shows on Cosby’s standup tour have been canceled.