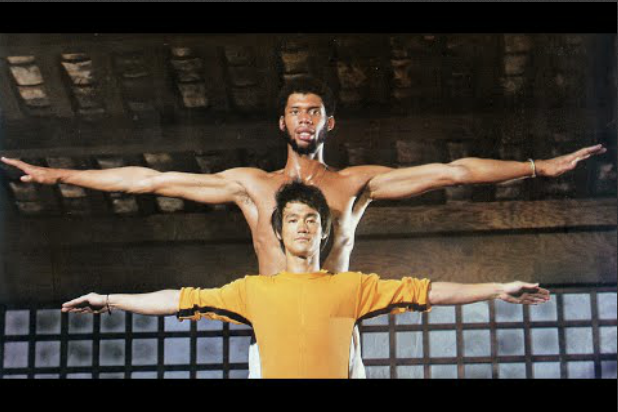 Bruce Lee didn’t just face discrimination as a Chinese-American in the lily-white Hollywood of the 1960s. He also had to overcome bigotry against African-Americans, who he was discouraged from taking on as students of kung fu.

Lee’s quest to break down barriers for himself and his African-American students and friends is one focus of our latest “Shoot This Now” podcast, which you can listen to listen on iTunes or here:

As Matthew Polly, author of the excellent new biography “Bruce Lee: A Life” tells us on the podcast, Lee’s first student of martial arts was an African-American man, Jesse Glover. But some kung fu traditionalists strongly opposed Lee’s teaching kung fu to African-Americans.

Lee’s boss, Ruby Chow, believed he was putting fellow Chinese-Americans in danger, according to Polly’s book. Polly quoted her telling Lee: “You are teaching black guys this and that. They are going to use it to beat up on the Chinese.”

But Lee knew kung fu could spread love and respect for his culture. He believed in kung fu for all, and had the most diverse group of students in the United States.

In part because of this, a group of his critics recruited another martial arts master, Wong Jack Man, to do battle with Lee. The fight was held behind closed doors, with only a few people in attendance. Its outcome is widely disputed in the world of martial arts, though Polly said Lee defeated his foe easily.

Also Read: How Quentin Tarantino Can Diversify the Very White Cast of 'Once Upon a Time in Hollywood'

Especially in the late 1960s and early ’70s, many African-American martial arts fans related to Lee as an underdog — a man who overcame incredible odds through his hard work and force of will.

When he tried to break into Hollywood, producers tried to cast him in subservient, emasculating roles — the same kinds of roles to which African-Americans were often limited. Polly cites a New York Times review of one show in which Lee appeared to illustrate how novel it seemed, at the time, to include a diverse cast.

“The Chinaman lends a deft touch of exotica,” the Times review said. “The police detective, played by Lou Gossett, is black.”

In the “Green Hornet,” he was cast as the sidekick, Kato — even though his fighting abilities far exceeded those of the titular hero. In “Longstreet,” he helped the lead character learn to fight, and delivered his oft-quoted advice to “Be water, my friend.” He lost the lead in “Kung Fu” — the role of Eurasian warrior Kwai Chang Caine — to David Carradine, a white actor.

You might assume that Bruce Lee’s vast superiority in martial arts would leave American producers no choice but to cast him as the lead in a Hollywood film or TV show. But all attempts to make him the lead fell through. Sometimes producers blamed his accent, and other times the belief that white audiences weren’t ready for an Asian lead.

Lee traveled back to Hong Kong, where he had grown up, to star in films for the Golden Harvest production company. Those films make him the biggest martial arts star in the world, and as he rose, he made sure others rose with him.

He recruited his student Kareem Abdul Jabar for an unforgettable fight in “Game of Death,” in which the 7’2 basketball icon towers over the 5’8 martial artist. He helped launch Jim Kelly, African-American star of the “Black Belt Jones” films. The Wu-Tang Clan mastermind The Rza has cited Lee as a major inspiration. Lee also scored a role for a white guy named Chuck Norris, but that’s a story for another day.

Representation is still a struggle in Hollywood. But Lee was one of the first to prove that America was ready for superstars who aren’t white.

And if you like our podcast, please give us five stars on iTunes, and pass it on to a friend. You can listen to past episodes here.