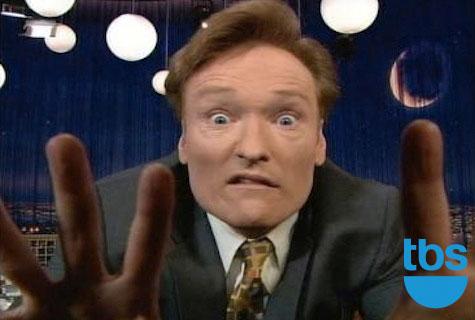 ALSO READ:
"What Else TBS Wants From Coco"
"Turner’s Koonin: How TBS Wooed Coco — and Why"
"Lopez Producer: Conan Will Help George"

And that’s why Conan is headed to cable.

This is a still-breaking story, but people close to the negotiations say that TBS’ all-out assault on Team Coco ultimately led to O’Brien’s decision to break off talks with Fox and sign with the cable network.

"Fox would’ve been great," a person familiar with the situation said. "There was probably a deal to be made, but in the middle of this whole process, TBS came in. And they were very aggressive."

Indeed, TBS wasn’t even on the Coco radar until about three weeks ago. Conan’s reps had heard the network was interested, but there were no talks.

But then the network’s team began barraging O’Brien’s reps– WME and Gavin Polone — with an all-out charm and sales offensive. That lead to a meeting about two weeks ago, at WME’s Beverly Hills headquarters, between O’Brien himself and top reps from Turner.

At Fox, Conan would be the guy the network was trying to make fit in, trying to sell to affiliates. At TBS, he’d be the center of the network’s universe, a priority.

That said, there doesn’t appear to be any animosity from Team Coco toward Fox. Or vice versa.

"Conan is a great talent and we wish him every success," the network said.

"The timing was just bad," a Conan insider explained, pointing to the slew of high-profile syndicated shows about to land on Fox-owned stations in coming years.

Insiders guess Conan could have been cleared on 70 percent of Fox stations at launch. He and Fox would then have to work to keep selling the show, to convince stations to sign on.

By contrast, TBS offered wide national distribution right off the bat. While its reach isn’t as broad as a broadcast network, it’s darn close. TBS is one of the most widely distributed channels in cable, with good circulation throughout its lineup.

"This is not some smaller cable network," an industry insider said.

Fox and O’Brien’s people had made plenty of progress toward an agreement.

"There was a deal to be done," one person close to the talks insisted.

But TBS offered a better deal.

And O’Brien took it.

The one potential snag: George Lopez. As TheWrap reported earlier Monday, O’Brien made it clear he wouldn’t displace Lopez unless it was OK with him.

"He said it didn’t matter how much money they offered — he wouldn’t do it if George wasn’t on board," a Coco insider said.

TBS talked to Lopez, who said he was OK — and furthermore, thought it was a good idea.

"He called Conan last week and told him he needed to come over, that it was great at TBS," the insider said.

In the end, though, while Lopez’s blessing was essential, it’s not why O’Brien landed at Turner. It’s because Turner executives realized that in Hollywood, talent wants to be loved, wants to be able to work where it’s wanted.

TBS will let Conan own his own show (Fox might have, too, but it hadn’t been worked out). His overall compensation package will be richer than at Fox, most likely, though by how much remains murky since O’Brien’s salary will likely be folded into a bigger deal licensing O’Brien’s show.

Overall, the budget for O’Brien’s TBS show will likely be the same as it would’ve been at Fox. But since the show will be four days vs. five, it will go further.

Andy Richter will likely be back. It’s uncertain if Max Weinberg will be, however.

Bottom line: TBS really, really wanted Conan. Fox wanted him, too, but only if it made sense — the same way CBS really wanted NFL football back almost 20 years.

But CBS didn’t want to pay too big a price back in 1993. It hesitated.

At the time, Rupert Murdoch said he didn’t give a damn about the cost. He wanted the NFL because he needed to build his network.

And a new front in the late-night wars has opened.