The Singularity approaches. No, we’re not talking about the classic computer-nerd definition, where artificial intelligence becomes smart enough to overthrow its human creators.

We mean the melding of entertainment, tech and advertising — entertainment that is smart, personalized, and reflective of the world in which we live.

For TheWrap’s fourth 2016 Innovators List, we chose the people who are helping make this happen, drawing those segments closer together. Be sure to check out the Innovators panel at TheGrill conference on Sept. 27 at Montage Beverly Hills. 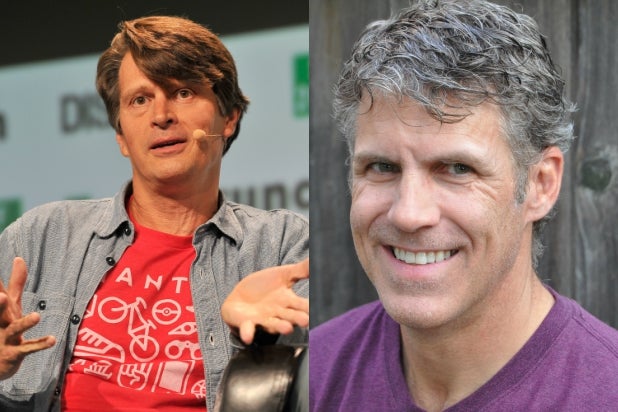 Nintendo’s Satoru Iwata and The Pokemon Company’s Tsunekazu Ishihara teamed up with John Hanke and Phil Keslin, heads of augmented reality firm Niantic, to create the sensation that showed the world exactly what can be done with AR: “Pokemon Go.”

was an instant hit, shattering the Apple app store’s record for most downloads in a single week, despite only being available in the U.S. Australia and New Zealand at that time. Users went on the now-classic quest to catch ‘em all, but this time, instead of moving a figure on a screen, they themselves were moving, walking around and collecting Pokemon, hatching eggs, and traveling to places to battle other Pokemon trainers.

It was all made possible with Niantic’s augmented reality tech. Unlike virtual reality, AR superimposes elements over a person’s field of vision, rather than creating their field of vision. The masses’ obvious delight with being able to play a video game in the world they knew has been a powerful wake-up call. 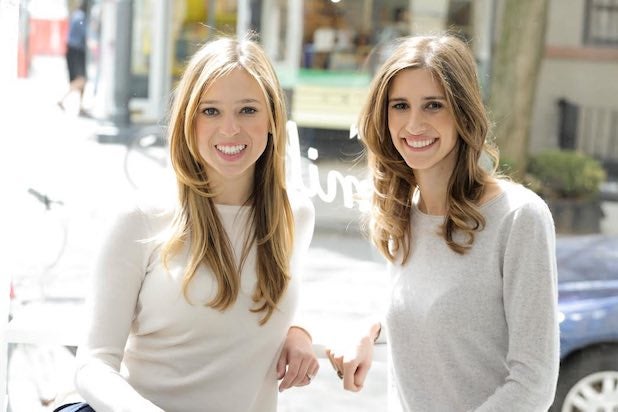 2. Danielle Weisberg and Carly Zakin, CEOs and co-founders, TheSkimm
Email is dead, right? Wrong, at least according to theSkimm, the email newsletter that delivers easily digestible chunks of news to subscribers’ inboxes every day, written in the style of your best friend (if you’re a twenty- or thirtysomething woman). Sifting through the news of the day can be an overwhelming task, and if you’ve got a job that doesn’t allow you to pore over Twitter every waking moment, “overwhelming” becomes “impossible.” TheSkimm keeps you up to date.

But theSkimm is no longer just a newsletter. They’ve introduced a calendar product, and, thanks to the resources from Fox, they’re looking to get into video, starting up Skimm Studios.

3. Tim Staples, CEO, Shareability
One of the biggest thorns in the marketing industry’s side is the inability to predict if a campaign (all or part) will go viral. So what if you could just about guarantee virality?

You’ve probably seen some of the videos Shareability have produced: the FreshPet ad with the dogs and cats with human hands, celebrating Thanksgiving? The ad for Cristiano Ronaldo’s ROC headphones, where Ronaldo surprises people in disguise? If you haven’t, you’re one of the few: Both videos have racked up major clicks. And all of those people willingly watched an ad, teaching marketers that the excuse, “No one wants to watch ads!” is a fallacy. 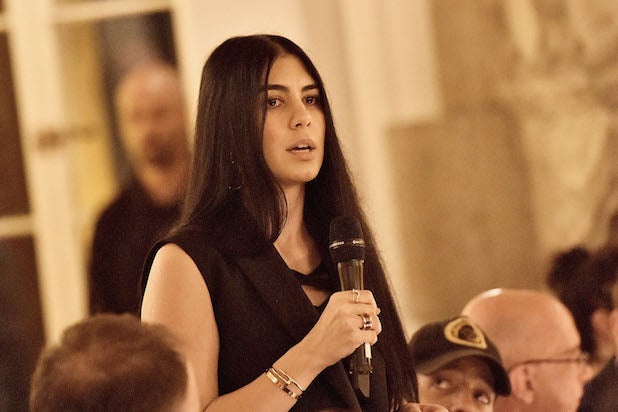 4. Shahrzad Rafati, Founder and CEO, BroadbandTV Corp.
Rafati emigrated from Iran to Canada just around the time YouTube started blowing up. She immediately saw a void, and began digital content company BroadbandTV on a piece of tech that allowed companies to automatically find and make money from content stolen and uploaded by fans.

This was key in the early years of YouTube, when traditional content makers were issuing cease-and-desist letters left and right but still losing what they saw as the war on piracy.

A few years later, Rafati’s scope got a little bigger, thanks to interest from the NBA as a partner. Broadband TV now counts the NBA, FremantleMedia, Sony Pictures and A&E as clients. She now heads up one of the largest digital multichannel content networks, with billions of views and millions of subscribers.

Also Read: How Companies Like BroadbandTV Have Helped Hollywood Turn Piracy Into Millions

5. Mike Hopkins, CEO, Hulu
Critics love to say live TV is dead, but that’s not necessarily true, judging by the number of companies attempting to put together live TV packages in order to lure cord-cutters and cord-nevers. Hulu will leap into the live internet package fray in 2017, with a big bundle of live cable and broadcast channels that it aims to bring to market at a price cord-cutters and cord-nevers will find attractive–around $35 or $40.

Creating a live internet TV package is no mean feat — just ask Apple and Amazon, who have reportedly been attempting just such a thing for years now.

But Hulu and Hopkins have the jump on other players in that the company is owned by three of the four major broadcast entities, who have shown a willingness to play ball and add their broadcast and cable networks to Hulu’s live lineup.

And it doesn’t hurt that Hopkins used to head up distribution at Fox and oversaw the creation of apps like FX NOW and FOX Sports Go, so he knows what it takes to pull in affiliates and bring everyone under one big distribution umbrella. 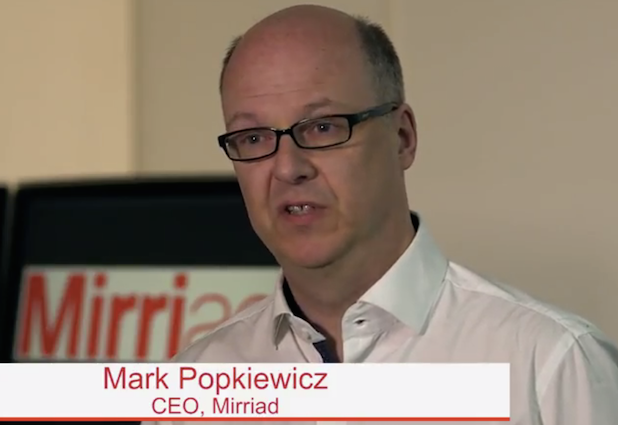 Mirriad digitally inserts brands into shows and movies. This means that content-makers can make money from brands even if people are skipping traditional ad breaks, and brands can still get their message out to the masses, without most of the masses even really noticing.

It’s not quite subliminal, but the technology is seamless. In fact, Mirriad won an Academy Award for its tech in 2013. An example: A car company wants one of its new models to appear in a show that will attract a certain kind of audience that is most likely to purchase that vehicle.

Mirriad finds a show (or shows) that will deliver that audience and would make sense to insert the specified vehicle into (for money, of course) and sorts out all the details with the network or studio making the show, and does the heavy tech lifting.

And it seems a lot of these studios and advertisers do want just that — Mirriad is ramping up it business in the U.S., and they’re in talks with most studios and networks. Crucially, they’re a global entity, which means they can handle . This is one of the futures of advertising. 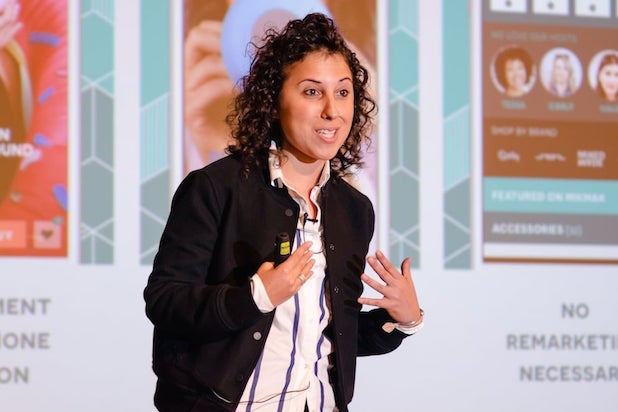 7. Rachel Tipograph, CEO and founder, MikMak
Tipograph’s app MikMak aims to make the 30-second “minimercial” as much a part of the fabric of the internet as gifs or Vines.

There’s no apparel on MikMak, or anything that requires a sizing label — it’s all stuff like jewelry and home furnishings, all for under $100; the goal is to make it the QVC of the Snapchat set.

Tipograph used to run Gap’s global digital and social division. A longtime viewer of infomercials, she wants to strip the concept of its negative connotations. So her hosts are young and funny, mostly improvising riffs on products, instead of adhering to a rigid script and talking points. 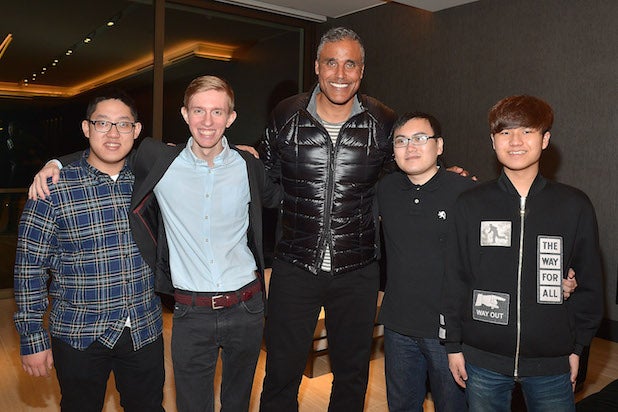 8. Rick Fox, Owner, Echo Fox
In 2015, former NBA player and actor Rick Fox bought an eSports team for $1 million and turned it into one of the more well-known U.S.-based collectives. Echo Fox has a horde of followers on Twitch, the live streaming service for gamers that Amazon bought in 2014 for a reported $1 billion.

While Fox has always been a gamer at heart, this isn’t just a hobbyhorse — it’s a smart business move, too. While still somewhat nascent in the U.S., the eSports industry is setting media execs’ minds aflame: 27 million people watched some of the last “League of Legends” Championship on various video platforms, and 11,000 people trekked to Madison Square Garden just to watch people play videogames for hours. Turner is televising and streaming various tournaments.

The eSports money spigot is just starting to open to full blast, with Bloomberg estimating the segment will be worth $1 billion by 2018, and Fox deserves some kudos for recognizing that. 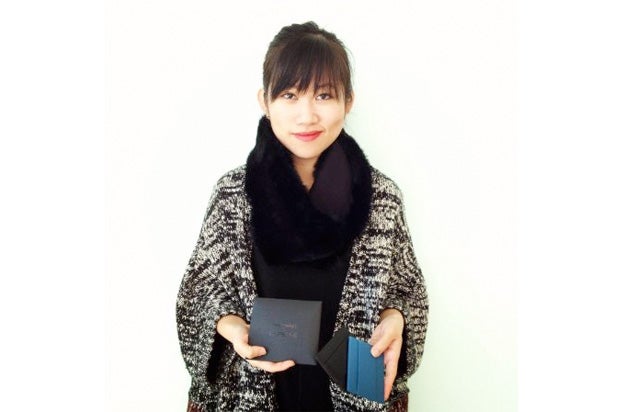 Tang came to Victorious from Instagram, where she was head of product marketing and helped launch the time-lapse video feature Hyperlapse.

Now she’s part of the global expansion efforts from Victorious, which develops apps for YouTube giants like Lilly Sing and the Young Turks, pushing these creators further into the mobile realm and making it even easier to monetize their massive fanbases. Studios like 20th Century Fox have seen the value in creating their own apps around big releases like “X-Men: Apocalypse.”

Rob Goldberg is a seasoned entrepreneur looking to bring a touch of Silicon Valley to Hollywood.

That’s why his new digital video shop, Fresno Inc., is leaning into Facebook video in a big way. Foremost, they’re bringing in big names like Jimmy Kimmel to produce branded shows like “Cousin Sal’s Sure Thing,” which is produced in conjunction with Dollar Shave Club and airs exclusively on Facebook.

In the series, Kimmel writer Sal Iacono flies to Las Vegas every week and places bets, talking with famous people who happen to be around, be they athletes or Hollywood celebrities. It’s a cross between a chat show, betters’ guide and travelogue, and it’s all been optimized for mobile viewing. 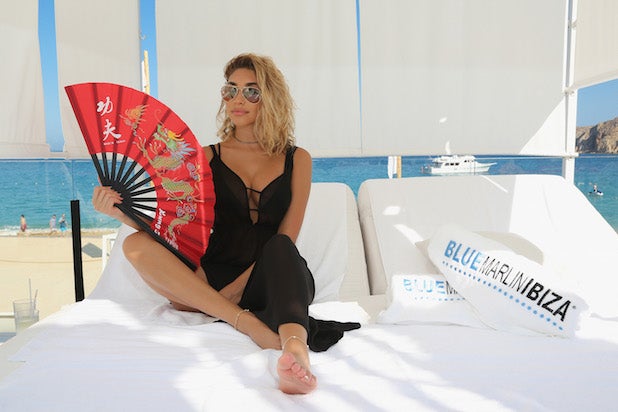 Becoming a YouTube creator or an Instagram star can be an end itself. But for Chantel Jeffries, massive social media success has been a ladder. After amassing a whopping 2.1 million Instagram followers, Jeffries is now segueing into acting, beginning with a big-screen debut in last spring’s “The Perfect Match,” starring Paula Patton and Terrence Jenkins.

Jeffries is an international model and has a robust career as a DJ.

Those who sneer at the power of a couple million Instagram followers do so at their own peril.