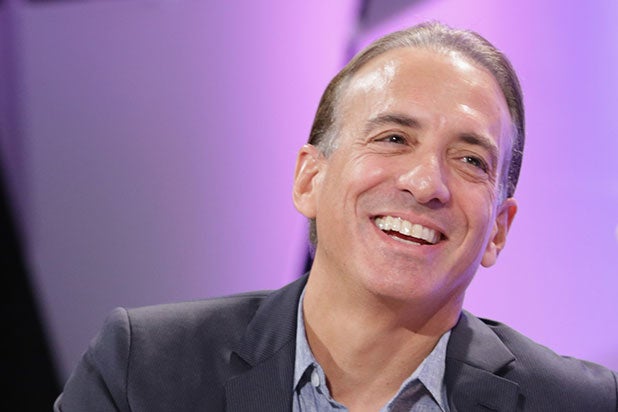 Financial details of the deal weren’t disclosed. G&S will cofinance Shareability content and distribute it globally.

Gunpowder & Sky — founded by former Viacom executive Van Toffler (pictured above) and Floris Bauer, previously global head of strategy at Endemol — launched in January with the backing of Otter Media, a joint venture between media company Chernin Group and telecom giant AT&T. The new studio aims to partner with skilled storytellers and filmmakers on content of various lengths — be it 90 seconds or 90 minutes — and distribute it worldwide online, calling itself the “defiant love child” of YouTube, Netflix and multichannel networks like Disney’s Maker Studios.

In an interview with TheWrap, Bauer said that the partnership with G&S would seek to shift Shareability’s focus from building brands for other people to creating hit intellectual property for themselves.

“What we are looking for is people who know how to create cool, edgy, high-quality … content but also know how to find their audiences,” Bauer said. “They know how to syndicate and generate organic views — closing in on a billion views. For branded content, that is spectacular.”

He noted that Shareability’s skill includes launching a consumer electronics line, soccer superstar Cristiano Ronaldo’s Monster Roc headphones, which could be redirected into inventing new revenue lines for content franchises Shareability develops with G&S. He listed merchandising, events, gaming and even gambling as possibilities, tactics that worked at Endemol.

Shareability has made viral brand clips like Pepsi/Pizza Hut’s “The Dangers of Selfie Sticks PSA” and Roc headphones’ “Ronaldo in Disguise.”

“Shareability has succeeded because we always put the audience first,” said Tim Staples, CEO and cofounder of the company, in a statement. “We’re constantly monitoring and analyzing the type of content that the Internet wants, and then we work backwards toward creating big, crazy, shareable ideas.”

Staples founded the company with Academy Award-winning producer Nick Reed in 2013. The company will use the funds to invest in social technology, launch consumer brands and develop long-form content.