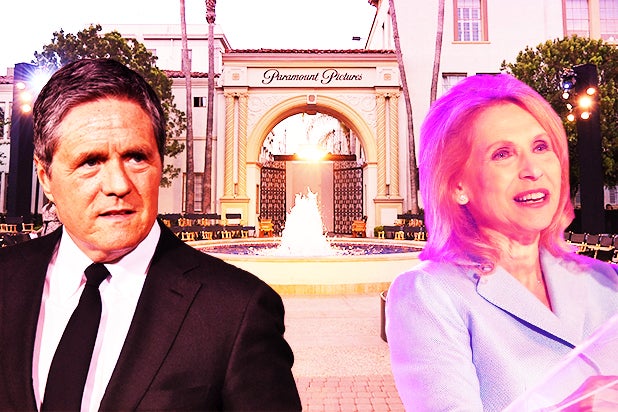 As veteran executive Brad Grey prepares to step down from the top job at Paramount Pictures, who will take the reins at Viacom’s legendary studio, and how will they right a ship carrying $445 million in losses from its last fiscal year?

After Viacom survived a tumultuous power struggle between former CEO Philippe Dauman and Sumner and Shari Redstone (now firmly back in control of the media empire), it seemed that Grey had the full confidence of new Viacom CEO Bob Bakish.

He also seemed to have firm marching orders: Make more movies and a lot more money.

Also Read: Brad Grey in Talks to Step Aside as Paramount CEO (Exclusive)

Only six months ago, the Redstones declared they were “fully supportive” of Grey despite significant recent duds like Tina Fey’s “Whiskey Tango Foxtrot,” Martin Scorsese’s non-starter “Silence” and the “Ben-Hur” remake. (Paramount distributed the last one for MGM, which produced the film and took a $47.8 million write-down.)

And that’s not counting Paramount’s staggering $115 million write-down on “Monster Trucks,” which Paramount declared four months before the CGI-live action hybrid sputtered into theaters in January.

The poor box office performance was compounded by a sparse release slate. But it seemed as though Grey, a former talent manager and producer who founded Plan B Entertainment with Brad Pitt, would weather the regime change and take immediate action to improve the studio’s outlook.

In December, however, Bakish dispatched Viacom CFO Wade Davis to set up an office on the lot and personally stabilize operating costs and seek new slate financing.

“Paramount needs to have a better year than it had in 2016,” Bakish said at the UBS Global Media & Communications conference in December.

In the last few weeks, the studio announced a slew of new movie projects, including the spy thriller “A Woman of No Importance” starring “Star Wars” breakout Daisy Ridley, the comedy “Action Park” for producer-star Johnny Knoxville and a possible sci-fi franchise with Jerry Bruckheimer — all ahead of a February earnings call in which many predicted Bakish would publicly admonish Grey and his team for letting Paramount stumble.

Bakish’s address to investors was not nearly as dramatic as feared, but the CEO announced all of Viacom’s brands — among them MTV, Nickelodeon, Comedy Central and BET — would develop co-branded films to promote synergy. First up is a four-picture deal with Nickelodeon, beginning with the animated adventure-comedy “Amusement Park” due in theaters in summer 2018.

Interim leadership is presently unclear, though an individual with knowledge of the lot says Grey’s No. 2, Paramount Motion Picture President Marc Evans, will remain in his job for the time being.

As for Grey’s replacement, there are several names floating that would foreseeably jump at the opportunity to leverage Paramount’s brand value and intellectual property.

Viacom is in a “promote-from-within” phase, one executive told TheWrap. And the company bypassed an outside executive search to promote Bakish, a veteran of two decades, to the conglomerate’s top job.

That could be good news for Paramount’s just-hired COO Andrew Gumpert, who defected from Sony Pictures last November. More than one person described him to TheWrap as a “rock star” when he was hired, and he’s earned a reputation as a solid and well-liked executive.

In addition, Viacom CFO Davis has spent more than half of his working hours on the lot in the last several months and could be seen as a candidate for the job — perhaps in combination with a seasoned executive more familiar with the creative aspects of the business, like Evans or President of Paramount Television and Digital Entertainment Amy Powell.

There’s also the inevitable possibility of Jim Gianopulos, the departed Fox Film chairman who is a free agent after Stacey Snider took over as solo chairman. See below for a full gallery of potential Grey replacements.