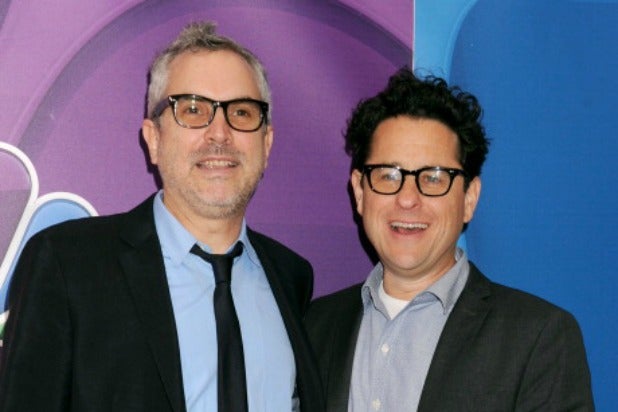 J.J. Abrams and Alfonso Cuaron, executive producers of NBC’s “Believe,” are among the most respected writers in Hollywood. Abrams is responsible for, by conservative estimates, half of the successful shows on television. Cuaron is set to premiere “Believe” even as he dominates Oscar pools for “Gravity.”

Given how many successes they produce, we at TheWrap wondered: How many first drafts do Abams and Cuaron go through that never make it onscreen? Do they produce their share of garbage first drafts, never seen by the outside world?

“I’m not prolific. I do a film every seven years,” added a self-deprecating Cuaron.

“So none? You have no bad first drafts?” asked Abrams.

“No, I thought everything was garbage,” said Cuaron.

“You go through the garbage every single day,” he added. “You’re writing and you’re doing choices and you discard choices and you keep on going. Then you have a draft together…  writing is rewriting.”