CNN is shuffling its primetime lineup for midterms, with Jake Tapper moving to primetime to helm the 9 p.m. ET hour, previously anchored by Chris Cuomo.

Meanwhile, Alisyn Camerota and Laura Coates will take over Don Lemon’s two-hour block starting Oct. 7 as Lemon signs off “Don Lemon Tonight” for the final time as he begins his transition to hosting CNN’s morning show. Lemon will, however, still appear on the network in the run up to the AM show’s launch later this year.

The new schedule goes into effect starting Oct. 10 and runs through the week of the Nov. 8 elections. 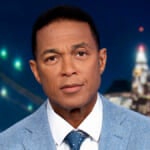 Also Read:
The Don Lemon Shuffle: How CNN Hopes to Solve 4 Big Problems at Once

Since Cuomo’s departure last year after he was fired by the network amid an investigation into his involvement into advising his brother, former New York Governor Andrew Cuomo, CNN has had a rotation of guest hosts in the 9 p.m. hour, rebranding Cuomo’s former hour “CNN Tonight.”

Tapper will take a break from his regular show, “The Lead With Jake Tapper” to spearhead the 9 p.m. “CNN Tonight” hour. John Berman and Brianna Keilar will fill in for the longtime CNN anchor on “The Lead.”

“The world has come to rely on Jake’s no-nonsense approach to covering the news, especially during high-stakes election cycles,” Chris Licht, chairman and CEO of CNN, said in a statement. “This move will showcase his tough reporting, smart analysis and consequential interviews as our audiences navigate the myriad of issues at stake in the midterms. By adding the insights, experience and strong voices of Alisyn and Laura, we will advance and expand on that coverage, creating something complimentary and compelling in primetime.”

Poppy Harlow, who was recently named a co-host of CNN’s upcoming morning show with Lemon and Kaitlan Collins, will also exit her current CNN show on Oct. 7 to prepare, but will appear on the network before the AM show launches. 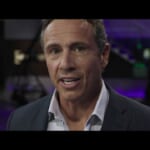 The new programming block for midterms is: