The second chapter of Chris Cuomo’s career has begun after his ouster from CNN as competitor NewsNation debuted the first official trailer for his upcoming primetime news show “Cuomo.”

Production on “Cuomo” has officially begun in New York City at Nexstar’s midtown Manhattan production studios ahead of the show’s Oct. 3 debut, where it will air weeknights on NewsNation. Alexandra “Dusty” Cohen has been named executive producer.

“Dusty is an absolute dynamo who has assembled an editorial staff with the experience, drive and grit to make big things happen,” Cuomo said. “I am so grateful this talented group of industry veterans and visionaries is joining me on this exciting new venture with NewsNation.” 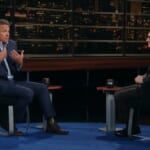 “I have known Chris Cuomo for nearly 30 years, and he is hands down the best interviewer of our
generation,” Cohen said. “I am grateful to NewsNation for this incredible opportunity and am blown away by the number of news and talk industry heavyweights who have joined our team. We have hit the ground running.”

Cohen spent nearly two decades at “The View,” where she worked closely with Barbara Walters and Bill Geddie as part of the original production team behind the show’s success.

Cuomo is seeking $125 million in damages following his firing from CNN last December. The anchor was suspended, then terminated, by former CNN President Jeff Zucker when it was discovered that he was advising his brother, former New York Gov. Andrew Cuomo, on how to navigate the sexual harassment accusations brought against him. 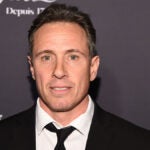