Considering the passing of James Caan on Wednesday, it becomes clear that he was one of those artists. An actor who had an early breakthrough appearing opposite Olivia de Havilland, he went on to take key roles in films that would define the New Hollywood of the 1970s and played a role in the emergence of auteurs like Wes Anderson, James Gray and Michael Mann.

Born in the Bronx to German-Jewish immigrant parents, Caan played college football at Michigan State for two years before transferring to Hofstra. He never graduated, but he did befriend classmate Francis Ford Coppola, who would be one of the actor’s most essential collaborators. It was at Hofstra that Caan became interested in acting, eventually applying to and being accepted at the Neighborhood Playhouse School of the Theatre, where his instructors included the legendary Sanford Meisner. 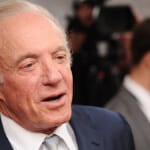 Television kept him busy through the early 1960s, but his breakthrough (not counting a blink-and-you’ll-miss-it appearance in Billy Wilder’s “Irma La Douce”) was in the exploitation film “Lady in a Cage.” He played one within a group of delinquents terrorizing de Havilland, who herself was a wealthy poet trapped inside an elevator during a blackout. It’s a lesser entry in the post–“What Ever Happened to Baby Jane?” genre of Grand Dame Guignol horror movies, but Caan’s intensity and ferocity – less focused than it would be later – was already very much on display.

Later in the decade, he made the decision to pivot from TV to movies, even turning down a series role, saying, “I want to be an actor, not a millionaire.” His early big-screen work included titles like Howard Hawks’ “Red Line 7000,” Robert Altman’s sophomore theatrical feature “Countdown,” Curtis Harrington’s “Games,” Coppola’s “The Rain People” and an adaptation of John Updike’s “Rabbit, Run.” Each film garnered varying degrees of cult success, but none made money at the time, giving Caan the dreaded “box-office poison” brand. 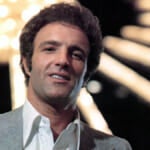 After being offered the role multiple times, Caan finally relented to do another small-screen project: the 1971 football tear-jerker “Brian’s Song,” which earned him rave reviews and an Emmy nomination. The following year, his star would rise even further with “The Godfather.” The role of Sonny was already a star-maker on the page, and married with Caan’s charisma, sexuality and ever-present air of danger, here was a character that highlighted all of his strengths. Sonny was seductive, explosive, passionate, loyal, hot-headed, volatile and ultimately too much of a wild card to survive in the fraught world of organized crime. The gangster classic made the actor a household name.

Success gave him the ability to write his own ticket – and as Caan would later ruefully observe, you could make a fortune investing in the movies he didn’t make. He said yes to “Slither,” “Cinderella Liberty” and “The Gambler” (again, all movies more well-considered now than when they were originally trying to sell tickets) and turned down “MASH,” “The French Connection,” “Love Story,” “Close Encounters of the Third Kind,” “Apocalypse Now,” “Kramer vs. Kramer” and “Superman.” There were some hits, as well, during this period, particularly the intense “Rollerball,” a sci-fi action movie that benefits from Caan’s grounding as a blue-collar athlete in a future bloodsport. 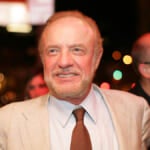 He accepted a relatively minimal paycheck for the opportunity to work with French filmmaker Claude Lelouch in 1977’s “Another Man, Another Chance” (opposite Genevieve Bujold) and took on the role of a Neil Simon–esque playwright in the movie version of Simon’s “Chapter Two.” Caan later said that he agreed to the latter project to raise money for what would be his first and only directorial effort, 1980’s “Hide in Plain Sight,” a taut thriller about a divorcé trying to find his children after his ex-wife goes into the Witness Protection Program. Again, Caan delivers magnetic performances in that film and in 1981’s “Thief,” Michael Mann’s post-TV directorial debut, both of which were bigger hits with critics than at the box office.

As Hollywood’s auteur-driven era came to an end at the dawn of the 1980s, Caan took a five-year hiatus from acting, grappling with cocaine addiction and depression over his sister’s death from leukemia. He came roaring back in 1987, re-teaming with Coppola on “Gardens of Stone.” While not necessarily one of the director’s best films, “Gardens” provides another great role for the actor, radiating his trademark intensity as an Army sergeant coordinating military funerals in the Vietnam era. (His character has a touching but combative romance with Anjelica Huston’s anti-war journalist.)

As he settled into the Hollywood Elder Statesman period of his career, Caan never lost that live-wire attribute that originally made him a star. It’s a testament to his on-camera charisma and vitality that he co-starred in three films designed to spotlight the leading lady – Barbra Streisand in “Funny Lady,” Kathy Bates in “Misery” and Bette Midler in “For the Boys” – and always managed to cede the spotlight while still making his presence known and felt. And would “Elf” have worked with a less-intense actor undergoing a similarly Scrooge-y redemption arc?

His work in Wes Anderson’s “Bottle Rocket” and James Gray’s “The Yards” helped launch some of the filmmakers who stood on Coppola and Altman’s shoulders, but they also provided some late-career highlights for an actor who never stopped working but was rarely, toward the end of his life, attached to scripts that deserved him. To the end, though, this eclectic and magnetic actor had that ineffable quality that audiences loved. That those audiences might also have been a little bit afraid of him was always part of the appeal. 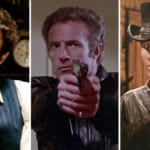