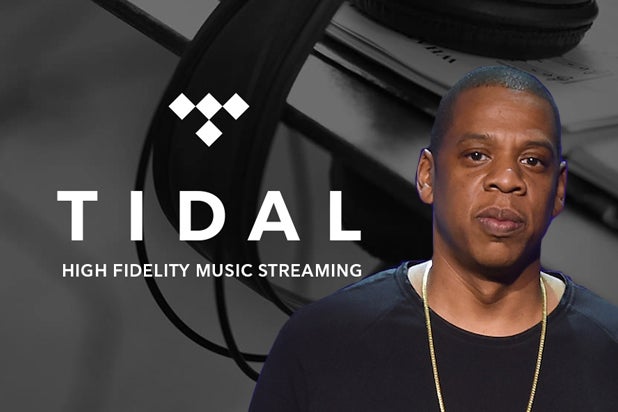 Just when it seemed things couldn’t get much worse, the company has been hit with more senior level staff departures, and a new report claiming Jay-Z is preparing to walk away.

The latest executive to jump ship was Tidal’s senior vice president of label and artist relations, Zena Burns, who exited in June after just two months and according to her LinkedIn Profile has accepted a new job in Chicago. Also in June, the streaming service’s interim CEO Peter Tonstad was let go just two months after he was tapped to replace Andy Chen, who left the company in April.

According to streaming expert and managing partner at MusicWatch, Russ Crupnick, Tidal’s revolving executive door is a clear sign that the company is in trouble.

“It was a wasted opportunity,” Crupnick, told TheWrap. “I think they had a window in which people were listening but unfortunately that opportunity was squandered.”

Jay Z acquired Swedish streaming company Aspiro in January for $56 million. The hip-hop mogul relaunched Tidal at a star-studded gathering on March 30, with some of the biggest names in music including Beyonce, Rihanna, Nicki Minaj and Madonna all joining as investors.

The company was billed as offering exclusive content and being technologically superior to other services, streaming music at near-CD quality levels. A basic membership was set at $9.99 per month, and a membership for higher sound quality costs $19.99. But critics don’t think the service is worth the price, including rapper 50 Cent, who recently asked in an interview “why would you actually buy Tidal to get something that would be everywhere else?”

“It’s a classic example of a brand that creates a promise that it can’t live up to,” Kawalec told TheWrap. “The promise was that this was going to be a fantastic place for artists which would translate into a fantastic experience for consumers. The problem was there was no real need for it. Spotify and Pandora are satiating the need while Tidal is busy infighting.”

Even Madonna, one of Tidal’s most vocal supporters, has admitted the service isn’t exactly ready for primetime,  telling reporters last month it’s still “working out a lot of kinks.” Despite the pop icon’s staunch support and Minaj tweeting on July 21 that Tidal was being unfairly “dragged” in the press, the company can’t seem to get past its identity issues.

“It’s kind of like the New Coke of streaming services,” said Crupnick, referring to Coca-Cola’s disastrous 1985 attempt at replacing its original formula with a new sweeter version. “That’s how badly it’s been marketed.”

Part of the problem could be that Tidal’s marketing team has been besieged by negative headlines from the word go.

“Even during the big launch, it seemed as though lining wealthy artists’ pockets was the main driver of the service and consumers don’t want to pay more for music even if it means they get it two hours before anyone else,” Kawalec said.

Adding to the company’s troubles, last month Lil Wayne’s label Cash Money Records slapped it with a $50 million lawsuit over rights to music released by Wayne on Tidal.

Just as Tidal was dealing with that headache, a report surfaced Friday on the website Hits Daily Double claiming Jay Z had underestimated how difficult it would be to secure additional outside investments and was ready to walk away. After the story went viral, Tidal issued a denial on Twitter.

“Lies can spread around the world while the truth is putting on its slippers/Mark Twain,” the company tweeted along with a screen grab of the Hits Daily Double article, essentially giving the little-known website an avalanche of free publicity.

Still, as dire as the situation seems, Crupnick thinks it’s still possible for Tidal to get its affairs back on track.

“It could be saved. It’s a good service,” he said. “It’s just been marketed in the worst way.”

Representatives from Tidal did not immediately respond TheWrap’s request for comment.