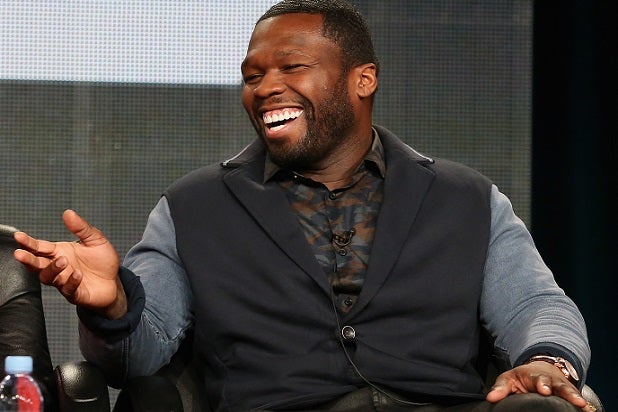 If there’s one person who probably won’t be signing up for Tidal, it’s 50 Cent.

In an interview with Los Angeles radio station REAL 92.3, the “Candy Shop” rapper revealed that he wasn’t invited to join the roster of artists for Jay Z’s music streaming service, which he considers a mistake because he owns his own music catalog unlike many of the artists currently on Tidal.

“They probably could’ve did something more exciting if they reached out, because the people you saw there don’t even own the rights to their music,” 50 Cent told hosts Letty & DJ Damage during their “The Realest” segment. “So they can’t say it’s gonna come out of Tidal. It has to go everywhere. So why would you actually buy Tidal to get something that would be everywhere else?”

The hip-hop mogul was referring to the cost of joining the subscription-only streaming service, which launched with a fee of $9.99 per month for a basic membership and a $19.99 membership for better sound quality.

Madonna, Rihanna, Nicki Minaj, Kanye West, Usher, Deadmau5 and Beyoncé helped Jay Z relaunch Tidal at a star-studded event in March. But 50 Cent said it’s not the artists but the record companies who ultimately decide where the music is streamed.

“[The companies] have contracts and companies are gonna do everything to get the maximum performance out of the music. They’re not gonna just put it through Tidal as a service,” he said.

Jay Z bought Tidal in January for a reported $56 million. The streaming service was originally billed as being created to put control of music back in the hands of artists. While Tidal has promised exclusive content, many consumers have shunned it, saying they’d rather use “freemium” streaming services like Spotify.

50 Cent suggested that Jay Z chose to team up with certain artists, only because they have recently released music and their names are in the headlines.

“Usher was there and and all these people. That’s a little bit more of a, when you say, ‘It was business,’ it’s more of a corporate play,” he said. “When the record is playing on the air, they say, ‘Oh, all right. Let’s get this guy.'”

The rapper went on to say he’s an independent artist and “could have made something special come through Tidal.”

The music app wasn’t the only thing on 50 Cent’s mind. The star, who executive produces the Starz series “Power,” once again accused Fox’s hip-hop drama “Empire” of copying his show’s promotional campaign.

“They did steal the idea,” he said of the hit series. “But the cast, the talent that’s on there, I want to see them be successful. My first film, I worked with , he’s the leader of the show, I want to see him have success. And then Taraji [P. Henson], she’s cool… I might have to date her.”

You can watch video of 50 Cent’s interview below. His comments on Tidal are at the 4:59 mark.