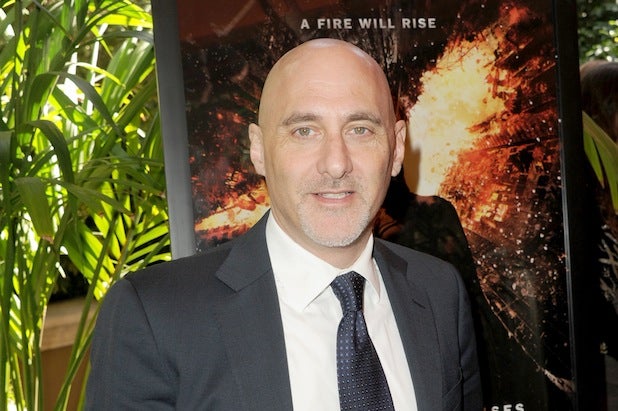 The Dark Knight rises and so will Jeff Robinov.

The former Warner Bros. president has finalized his exit from the studio and is free to pursue the next stage of his career, an individual with knowledge of the negotiations has told TheWrap.

Rather than give Robinov a cash settlement, Warner Bros. is expected to continue paying the former exec through the length of his contract, which expires at the end of next year. However, if Robinov takes a job somewhere else before then, Warner Bros. is off the hook.

Also Read: Jeff Robinov Missing at Warner Bros. – Is He Going to Fox?

Robinov could also return to Hollywood as an independent producer with great taste in material and strong relationships with top-tier talent.

Warner Bros. has worked hard to continue the relationships that Robinov developed at the studio, making concessions to grab a piece of Christopher Nolan‘s “Interstellar” and casting “Argo” director Ben Affleck in Zack Snyder’s “Man of Steel” sequel.