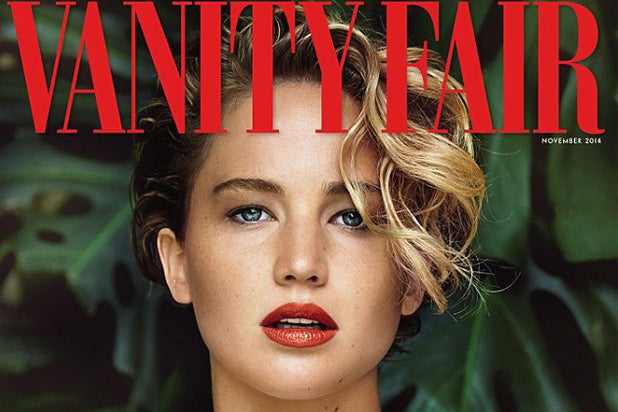 Jennifer Lawrence has broken her silence on the massive celebrity photo hack that occurred late-August, which included the online publishing of nude pictures of the “Hunger Games” star.

“It is not a scandal. It is a sex crime,” she told Vanity Fair as part of a follow-up interview to its previously planned November cover story. “It is a sexual violation. It’s disgusting.”

Calling for a change in the publishing laws surrounding such offenses, Lawrence added, “The fact that somebody can be sexually exploited and violated, and the first thought that crosses somebody’s mind is to make a profit from it. It’s so beyond me. I just can’t imagine being that detached from humanity. I can’t imagine being that thoughtless and careless and so empty inside.”

Also read: Meagan Good Rips Fans for Reposting Her Leaked Nude Photos: ‘You Should Be Ashamed’

Lawrence believes that even those viewing the hacked photos of her and her contemporaries — which in this instance also included Kate Upton and Kaley Cuoco, among many others — should be held responsible for their actions.

“Anybody who looked at those pictures, you’re perpetuating a sexual offense,” she said. “You should cower with shame. Even people who I know and love say, ‘Oh, yeah, I looked at the pictures.’ I don’t want to get mad, but at the same time I’m thinking, I didn’t tell you that you could look at my naked body.”

The actress said that she thought about putting out a statement when the news broke on Aug. 31, but ultimately decided against it.

And the Academy Award-winner even admitted to fearing about how the news and temporarily publicly accessible photos would harm her professionally. “I was just so afraid,” Lawrence said. “I didn’t know how this would affect my career.”

“Time does heal, you know,” Lawrence concluded. “I’m not crying about it anymore. I can’t be angry anymore. I can’t have my happiness rest on these people being caught, because they might not be. I need to just find my own peace.”

The full Vanity Fair story will be available digitally on Oct. 8. The physical magazine hits newsstands on Oct. 14.