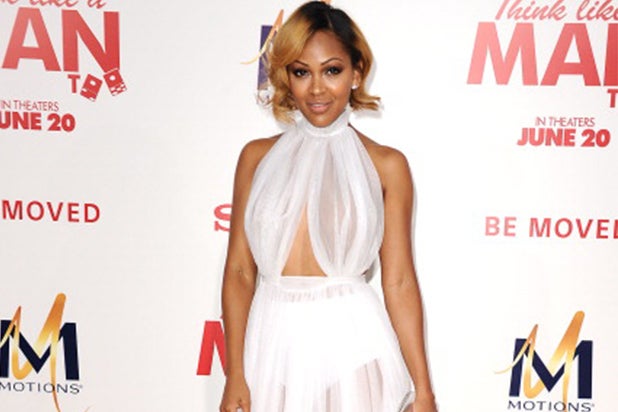 “Think Like a Man Too” actress Meagan Good, one of the latest victims of a widespread nude photo hacking scandal, has some choice words for people who are reposting the images.

The actress, who’s married to veteran studio executive DeVon Franklin, posted a statement on her Instagram page Sunday saying she is “saddened for everyone experiencing this.” Then she ripped people who are sharing the images. “For everyone who’s reposting the leaked nudes, you should be ashamed of yourself.”

Good added, “These pictures were for my husband… and at the end of the day evidently we all know how I feel about my titties… That’s all I’ve got folks.”

At least four different photos were posted of the 33-year-old on various platforms Sunday afternoon including Twitter, Reddit and 4chan. The topless images all showed the actress posing for selfies.

In a joint statement from Union and her NBA star husband Dwyane Wade, the newlyweds said they plan to contact the FBI.

“It has come to our attention that our private moments, that were shared and deleted solely between my husband and myself, have been leaked by some vultures,” the statement said.

The pictures were uploaded to the website 4Chan, but were removed per the site’s copyright infringement policies. Still, many of the photos remained on Reddit.

One or more hackers appeared to have stolen the images from the actresses’ Apple iCloud accounts, which store private pictures and documents from subscribers’ cell phones and computers.

Below is a screen grab of Meagan Good’s full statement.