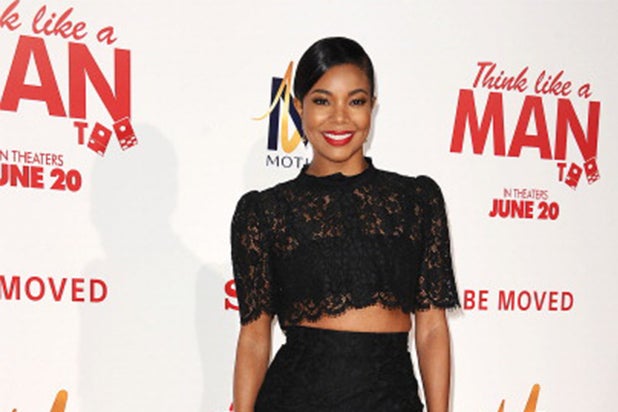 Gabrielle Union is vowing to contact the FBI after hackers released topless photos of the “Think Like a Man Too” actress.

Union was one of several female celebrities shown in a new wave of nude photos that leaked on the Internet Saturday.

In a joint statement issued by Union and her NBA star husband Dwyane Wade, the recently married couple said they plan to contact the FBI.

“It has come to our attention that our private moments, that were shared and deleted solely between my husband and myself, have been leaked by some vultures,” the statement issued to TMZ said.

“I can’t help but to be reminded that since the dawn of time women and children, specifically women of color, have been victimized, and the power over their own bodies taken from them,” the statement continued.

The pictures were uploaded to the website 4Chan, but were removed per the site’s copyright infringement policies. Still, many of the photos remain on Reddit.

Representatives for Hudgens and 4Chan did not respond to TheWrap’s request for comment. But Union’s statement essentially confirms the authenticity of the images said to depict her.

One or more hackers appeared to have stolen the images from the actresses’ Apple iCloud accounts, which store private pictures and documents from subscribers’ cell phones and computers.

The FBI and Apple both vowed to investigate the massive leak.