Two weeks after losing out to Ken Howard for the Screen Actors Guild’s national presidency, Anne-Marie Johnson has been re-elected by acclimation as first vice president of the guild’s Hollywood division. 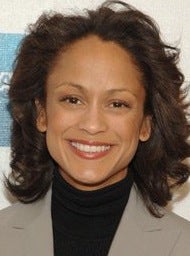 “I look forward to serving alongside president Ken Howard, secretary-treasurer Amy Aquino and the newly elected and returning SAG board members,” Johnson said in a statement.

“For the union’s sake, I hope we find that we have more in common with regard to the future of the Screen Actors Guild than it may appear."