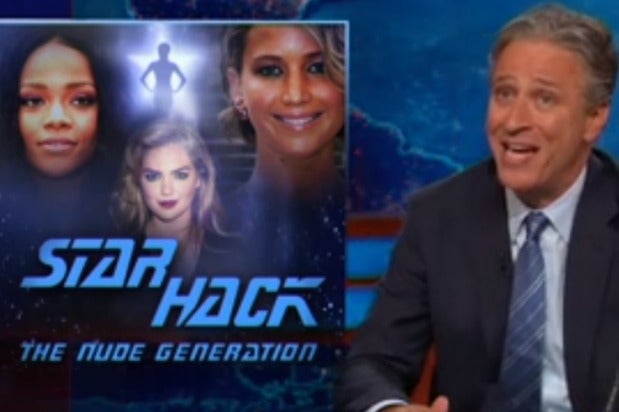 Jon Stewart says TV news pundits need to stop blaming the actresses and models targeted in the phone hacking that led to hundreds of nude photos emerging over the weekend.

While calling for more online security, many cable news talking heads have said that celebrities should just never take pictures of themselves naked. A few expressed shock that they would do such a thing.

“Why would a human being want to look at another human being’s naked body? It makes no sense!” he mock-insisted. “And why do people want to touch other people where they go to the bathroom? What’s wrong with just working all the time?”

He said the pundits’ blame was badly misplaced.

“It’s like they said to the Boston Stangler’s victims — you don’t want to get strangled, you shouldn’t have a neck,” he said. “According to this people, the laws covering private property and stealing are somehow null and void when it comes to recreational nudity.”