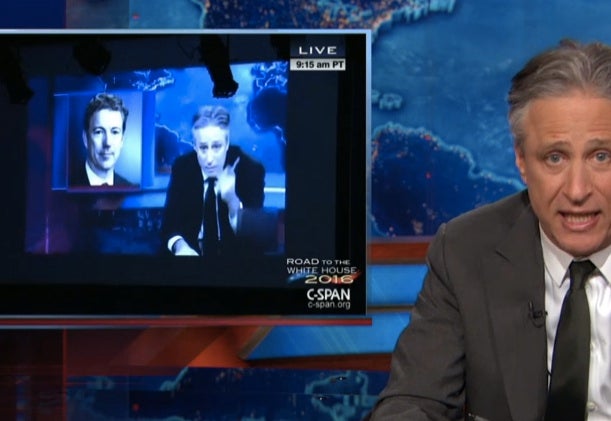 Jon Stewart covered Rand Paul’s never-ending presidential announcement Tuesday, going through the slew of people Paul had introduce him before speaking himself.

“At this point, even Hillary Clinton was like, ‘just announce already,'” Stewart joked as he showed person after person speaking and singing before the Kentucky Senator came out to make his bid for The White House official.

Paul even showed a video package introduction featuring Stewart, the Daily Show host noted: “30 minutes into the show, I had said more at this event than the guy who was there to announce his candidacy for president.”

Stewart finally got to Paul’s announcement, but a las, he’d run out of time.

Paul has been making the television rounds, speaking with Sean Hannity on Fox News Tuesday and getting into a testy exchange with “Today” co-anchor Savannah Guthrie Wednesday morning when he accused her of editorializing instead of asking him a question.