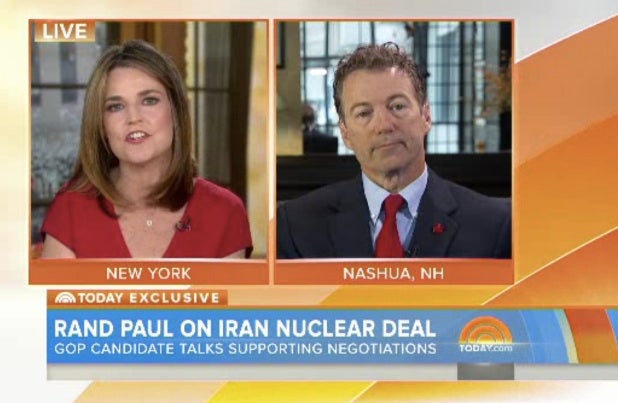 Appearing on “Today” fresh off his presidential run announcement, Senator Rand Paul got a little testy with Savannah Guthrie.

Reading off a list of positions the new candidate has seemed to change his views on, Paul shot back.

“Before we go through a litany of things you say I’ve changed on, why don’t you ask me a question, ‘have I changed my opinion?'” he said. “You’ve editorialized, let me answer a question.”

Paul walked back his statements about reducing foreign aid, suggesting it would have to be done gradually.

He announced his run for president Tuesday, railing against the debt the U.S. has racked up and echoing Tea Party sentiments of restoring liberty.

Paul has a history of penchant for prickly encounters with the media: he infamously got into it with Rachel Maddow in 2010 over his position on the Civil Rights Act.