Panoramic Media will expand upon Glickman’s existing slate of projects set up at Netflix, Amazon, MGM, Warner Media, Paramount, and MRC, as well as a joint podcast venture with iHeartMedia. 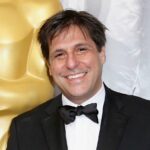 “Panoramic is the word I kept returning to when thinking about a broad, forward thinking view of the changing media business,” Glickman said in a statement. “Taking from my experience on the producing, financing and executive sides of the business, we’ve created a strong, nimble structure that allows established and emerging talent to control the creative and financial destiny of IP and original stories. I’m grateful to have this powerhouse group of investors and strategic partners providing the ideal atmosphere to develop, package, produce and finance impactful, clutter-busting entertainment for the global audience.” 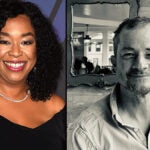 Glickman began his career as a film producer with hits including the “Rush Hour” franchise, “While You Were Sleeping” and “Grosse Pointe Blank.” He later served as President of Spyglass Entertainment where he produced hits such as “The Vow,” “27 Dresses,” “The Pacifier” and “The Count of Monte Cristo.” In his nearly nine-year tenure as president of MGM Motion Picture Group, Glickman oversaw film development and production, including reviving the “Rocky” franchise with “Creed” and “Creed II,” as well as shepherding the three most successful James Bond installments, “Skyfall,” “Spectre” and “No Time to Die.”

Gutierrez most recently served as EVP of MGM, where he oversaw financial, operational, and business affairs matters regarding the theatrical, home video, and non-theatrical distribution business units, and worked on the exploitation of all of the company’s film and television product, including the James Bond and “The Hobbit” films. Prior to his role at MGM, he was EVP and CFO of Spyglass Entertainment, where he oversaw, amongst other areas, finance, operations, and global content distribution of all of the company’s films which grossed over $5 billion at the box office. He started his career at PricewaterhouseCoopers, where he served clients in film, sports, music, and gaming entertainment, including Disney and Sony Pictures.

Rick Wirthlin at Irell & Manella and David Weber and A.J. Brandenstein at Sloane, Offer, Weber and Dern advised Glickman and Panoramic on the transaction.