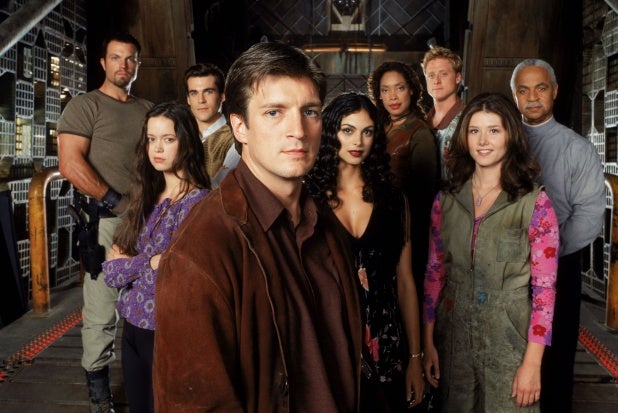 There were a lot of happy Browncoats Thursday at Comic-Con.

At the annual multimedia blowout in San Diego, it was announced that the entire cast of the Joss Whedon series “Firefly” will reunite to lend their voices to a new “Firefly Online” game. The game, developed by Sparkplug, in conjunction with Quantum Mechanix and Fox Digital Entertainment, will be based on the Fox series that ran from 2002-03 and spawned the 2005 movie “Serenity.”

All the actors, including Nathan Fillion and Gina Torres will be back, and some of the stars, like Alan Tyduk, will be playing multiple roles.

See video: What’s the Deal with Jeff Sneider? The 9 Movie Projects That Would Get Him to Pop His Comic-Con Cherry (Video)

Currently, the site, KeepFlying.com, is running extremely slowly, likely due to the crush after the announcement. What you’ll find is that the game lets you create a character that becomes part of the show’s universe.

Watch the trailer for the game with the voice of Ron Glass narrating: