“FBI: Most Wanted” star Julian McMahon is exiting the CBS procedural, TheWrap has confirmed. McMahon is filming through the end of January. The final episode with McMahon’s character Jess LaCroix will air in March.

“Over the past few months, the producers of ‘FBI: Most Wanted’ and I have had discussions about my departure from the show in favor of additional creative pursuits and the transition of my character Jess LaCroix,” McMahon said in a statement shared with TheWrap. “These ongoing conversations have given us an opportunity to orchestrate a seamless and productive way for me to leave the show.”

“I would like to express the gratitude and admiration I have had working with Dick Wolf and Peter Jankowski,” he continued. “I’m extremely proud of the work we have done together and put the development of this show, and my character Jess, at the top of my professional experience list. I wish the show, and its cast & crew, the greatest success in the future. I am grateful to have had the opportunity to play Jess; he is a good man.” 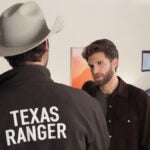 “We are saddened to see Julian leave,” franchise creator Dick Wolf added. “His portrayal of agent Jess LaCroix has been a key factor in the success of ‘FBI: Most Wanted.’ We will miss him and we wish him the best in his next chapter.”

“FBI: Most Wanted” is produced by Wolf Entertainment and Universal Television, a division of Universal Studio Group, in association with CBS Studios. The series is executive produced by Wolf, David Hudgins, Arthur W. Forney and Peter Jankowski. 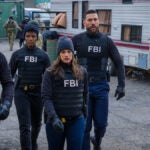 “FBI: Most Wanted” focuses on the Fugitive Task Force, an elite unit that relentlessly pursues and captures the notorious criminals on the Bureau’s Most Wanted list, the show’s logline reads. Led by Supervisory Special Agent LaCroix, an expert tracker and profiler with a complicated past, the team includes: Special Agent Barnes, a former NYPD detective and forensics expert who is raising one child with her wife with another on the way; Special Agent Gibson, a gifted millennial computer whiz with a sharp wit and mad hacking skills; Special Agent Ortiz, a transplant from Los Angeles with a street cop’s instincts and a gift for undercover work; and their newest member, Special Agent Gaines, a Navy veteran who became a star in the FBI’s Miami Field Office as a result of her dogged pursuit of cold cases.

Episodes of “FBI: Most Wanted” air Tuesdays at 10 p.m. They follow regular “FBI” at 8 and fellow spinoff “FBI: International” at 9.