Kanye West debuted the music video for “Famous” Friday night at the Forum in Inglewood, Calif.

The hip hop artist called the video a “visual,” and it certainly lived up to that descriptor, featuring a nude Kanye and wife Kim Kardashian West in bed. But they weren’t alone: a topless Taylor Swift, Amber Rose, Donald Trump, Bill Cosby, Caitlyn Jenner, Chris Brown, Rihanna, Ray J, Anna Wintour, and George Bush all made appearances. Whether or not these celebrity “cameos” were digitally inserted, very lifelike mannequins, lookalikes or a combination of all three is still up for debate.

While we can’t show the very NSFW video (which is being streamed on Tidal), we can give a firsthand account of the “Famous” premiere. TheWrap’s Rasha Ali was at the Forum when West debuted the video. Here are her impressions from the event:

What was the mood like at the Forum leading up to the premiere? Were people irritated or excited given the lengthy delay?

There was an indescribable sound emanating from inside the Forum. I say indescribable because that’s exactly what it is. There was a big screen with a picture of a sunset and a timer was counting down. I felt like I was in a peacefully scary movie where everyone knew it was the end of the world but were happy and didn’t care. It was a weird feeling, I didn’t like it.

After a few minutes of indescribable sound and if-this-is-turned-up-just-one-more-notch-my-heart-will-have-an-arrhythmia bass, the countdown reached 0:00:00 and it was finally 7 p.m. YAAAASSSS!!! Premiere time.

But the house wasn’t full enough for Kanye. Yeezy wants all the seats filled. 45 minutes went back on the clock. The entire Forum was a little disgruntled, but it’s Kanye. What are you going to do? You’re going to wait those 45 minutes and you’re going to be happy about it.

Which celebrity “cameo” in “Famous” shocked you the most? Which one got the biggest reaction from the audience?

Bill Cosby! That was definitely the real Cosby. I think. Is he allowed to be in a bed full of naked people right now?

Also, Ray J. My fellow visual release goers and I all “ooooohhhhed” and laughed at Ray J. I’m also sure that had to be the real Ray J, but seriously only Kanye could do something like that. Homeboy made the most well-known sex tape, and it was with your wife. But here you have Ray J (or Ray J’s doppleganger) laying naked next to Mrs. Kardashian West. But he doesn’t care — he’s Kanye. 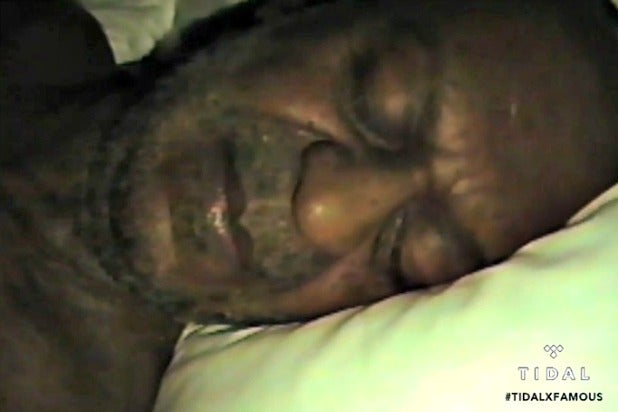 What was Kanye’s reaction while it was being played?

Once people got over the initial shock of “wait, is this supposed to be scary? Oh wait, that’s a boob! Wait, naked? Ohhh Ray J!!!” there was a point where at least a good three quarters of the audience simultaneously turned to look at Kanye and he was just standing there. He had a smirk on his face, but not the bad kind. The “yeah, I definitely just did that” kind. You could tell he was proud, like he had accomplished something great.

What was your reaction immediately following the video?

What. In. The. World. Did. I. Just. Watch. Wait, is that it? No, that’s just the beginning. There’s more. There has to be more. That was the entire video? LOL, Kanye really made us wait an extra hour for like three minutes of video — but I’m not even mad though.

Yeezy was ever so gracious though as he played it back for us one more time. Just in case we missed something.

P.S. I did get it, right? I need to let this marinate for a few days. Maybe a year. 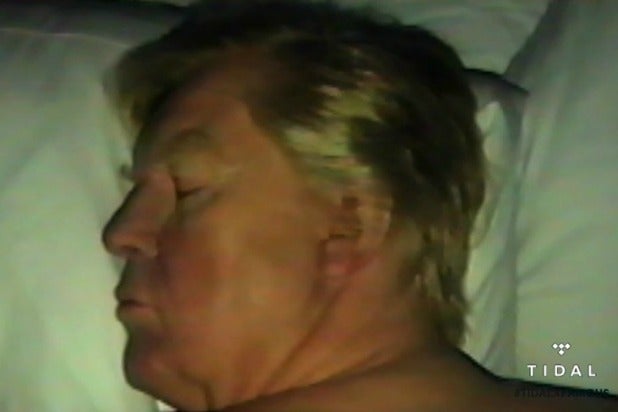 What surprised you most about Kanye at this event?

You hear about Kanye’s antics all the time so you wouldn’t really think anything he does would be that surprising. But you don’t know Kanye until you’ve somewhat interacted with Kanye.

Remember the extra 45 minute wait I told you about? Naturally, I took that as a sort of intermission. It’s snacks and drinks time. Of course, everyone else decided that this was snacks and drinks time as well so, as you can imagine, concessions was packed. It’s cool though, the line was moving. We were maybe halfway through when I thought I heard someone say something about Kanye wanting everyone in their seats. Ha, okay sure. But first let me get this lemonade. By now, there were two people between us and the sweet lemonade. The homestretch.

But then out of nowhere, some guy in an official looking suit literally shut concessions down. He shut everything down. No one was allowed to make one more sale. Even the cashiers put their hands up and backed away from the registers. Why the sudden lockdown of snacks? Kanye wants everyone to return to their seats for his showing. But … my lemonade! Forget it, Kanye says shut down concessions, you shut down concessions. Kanye gets what Kanye wants.