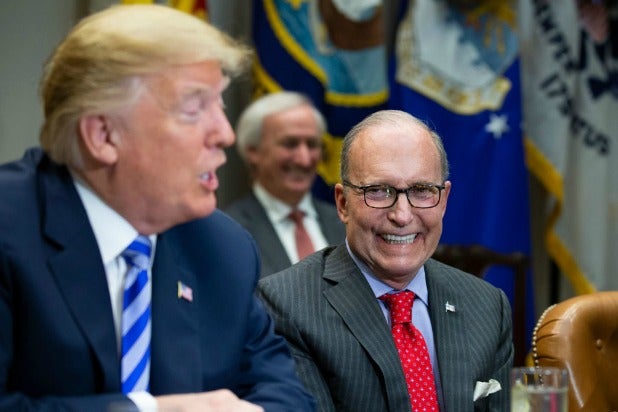 Before he was brought into the Trump administration in 2018, Kudlow was a senior contributor at CNBC. In that capacity, he hosted and appeared on programming for the Fox Business competitor, which he joined when it was founded in 1989.

In a Tuesday announcement, Fox News Media CEO Suzanne Scott said, “Larry’s vast experience in policy making coupled with his intuitive on-air presence will add depth and insight to our business analysis programming. We are excited to welcome him to the Fox News Media team and look forward to creating a show that utilizes his immense expertise to help guide viewers through this unprecedented time of economic uncertainty.”

Larry Kudlow added in his own statement, “Fox News Media was among the first news organizations in the country to understand the critical importance of the relationship between Washington and Wall Street. I’ve long admired their insightful coverage and am excited to join many of my former colleagues now at FBN, creating a show that speaks to the real issues truly impacting Americans.”

Fox Business Network’s snag of Kudlow post-White House makes him the first high-profile Trump official to land a television job. There was chatter earlier this month about the uncertain futures of former Trump administration officials after Forbes chief content officer Randall Lane warned companies not to hire Kayleigh McEnany, Kellyanne Conway and other staffers, saying, “Forbes will assume that everything your company or firm talks about is a lie.”

On Fox News last week, Dana Perino, a former press secretary for George W. Bush, said it’s “so wrong” for alumni of Trump’s administration to be denied jobs because of their former employer.