The network once known for "The L Word" is now tackling "The C Word" — cancer. 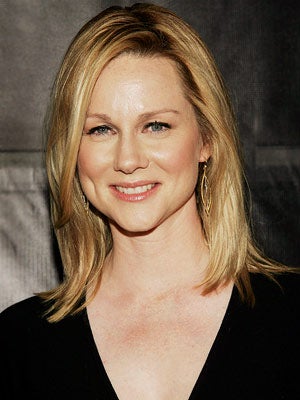 Showtime has signed Laura Linney to star in and executive produce a new half-hour series in which she’ll play a suburban mom and wife who’s diagnosed with cancer. Darlene Hunt ("90210") will write the pilot; Neal Moritz and Vivian Cannon are executive producing via Original Film and Sony Pictures Television.

The network has greenlit a pilot and will begin production in the fall.

"Laura Linney is in that rare echelon of truly gifted actresses who fully embody the characters they play," said Bob Greenblatt, president of entertainment for Showtime.  "Cancer is not usually the subject of half-hour comedy, but Laura saw what we did in this complex show — a woman who gets a wake-up call that causes her to shake up her life and family.  She will no doubt make this character both heartbreaking and disarmingly funny, and we’re thrilled that she has chosen this show for her foray into series television.”

Linney said she was looking forward to tackling "such potentially rich, funny and complicated material."

"How one lives fully while being tested by the unpredictability of life, and what one learns in the process, is always filled with endless possibilities for an actor,” she added.

Linney has been nominated for three Oscars and won multiple Emmys for her role on NBC’s "Frasier."

She’s currently filming "The Details," which was written and directed by Jacob Estes and also stars Tobey McGuire.