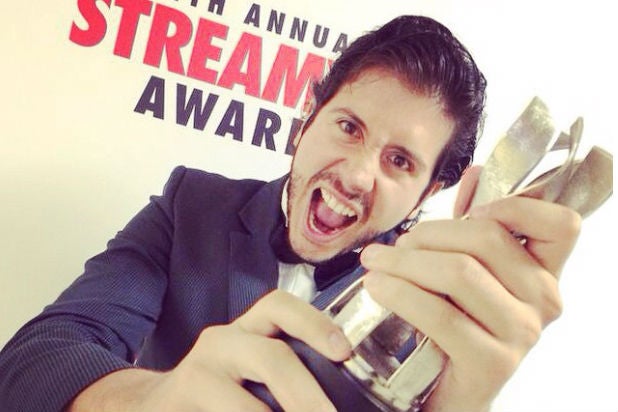 Disney-owned Maker Studios will partner with Latino content creator MiTú to target the online Hispanic market in the U.S.

Maker is currently the world’s largest provider of online video for Millennials and now it has a significant foothold in one of its largest demographics. “EnchufeTV,” a MiTú show, recently won “Audience Choice for Show of the Year” at the 2014 Streamy Awards.

Maker will work with MiTú’s Hispanic talent to produce original and branded content. The financial details of the partnership were not disclosed.

“Hispanic Millennials in the U.S. are avid viewers of online video across all platforms,” said Jason Krebs, head of sales at Maker Studios. “Teaming up with MiTú allows us to meet the demands of so many of our brand partners who want to connect with today’s young generation of Latinos, as well as provide this service to new advertising partners.”

In June, MiTú raised $10 million in a funding round led by Upfront Ventures, a prominent investor in Maker Studios. Existing MiTú investors, including The Chernin Group, Machinima co-founder Allen DeBevoise and Advancit Capital, also contributed to the round. After MiTú raised $3 million in late 2012, its network spanned 350 channels that reached 2.8 million subscribers. Currently, it has 55 million global subscribers and more than 470 million monthly views across 1,300 partner channels.

“This collaboration marks a turning point for brands looking to connect with Latino audiences. The ‘Total Market’ strategy that we’ve all heard about in the Hispanic media space for years is finally here. It’s no longer only the responsibility of those in multicultural disciplines to plan and execute against the Latino opportunity–everyone along the marketing value chain is interested in these capabilities,” said Charlie Echeverry, chief revenue officer at MiTú.

In March, Disney acquired Maker Studios for $500 million in total consideration and up to $450 million in performance-based rewards. Disney Chairman and CEO Robert Iger noted at the time that Disney wanted to be at the “center of this dynamic industry with an unmatched combination of advanced technology and programming expertise and capabilities.”