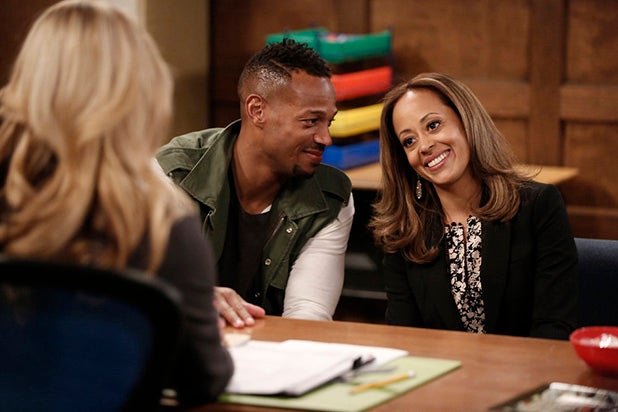 Marlon Wayans has had a lengthy and successful career, including “Scary Movie” and the recent Netflix romantic comedy “Naked,” but he still feels that the industry has a ways to go regarding diversity.

“I encourage people to write and create and produce, and not to sit around waiting on jobs,” he told TheWrap. “We’ve got to create jobs. We have to do more. I don’t think diversity’s there yet — we’re far from it.”

Wayans’ latest creation is the sitcom “Marlon,” based on his own life, which premieres tonight on NBC. The actor plays Marlon Williams, a divorced dad of two who learns to co-parent and maintain a friendly relationship with his ex-wife.

“I hope it does what ‘Cosby’ did for our generation,” the “White Chicks” star said. “This era, my generation, there’s a lot of broken families. It’s something to address. It shows you can be broken but still together — you’re not broken, just a little shattered.”

Wayans said he has learned a lot about how to craft a show since “The Wayans Bros.,” which he and brother Shawn Wayans co-starred on for five seasons until it signed off in May 1999.

“Me and Shawn were younger,” he said of his WB series. “We were learning along the way. This one, I really respect story a lot more than I used to.”

Is he worried that older brother Damon Wayans will give him a hard time if “Marlon” proves to be less successful than Damon’s Fox series, “Lethal Weapon“? Not exactly.

“The richer brother got to take care of the most responsibility, so let Damon get that money,” Marlon quipped. “I hope he does 24 episodes a year, and I do 20.”