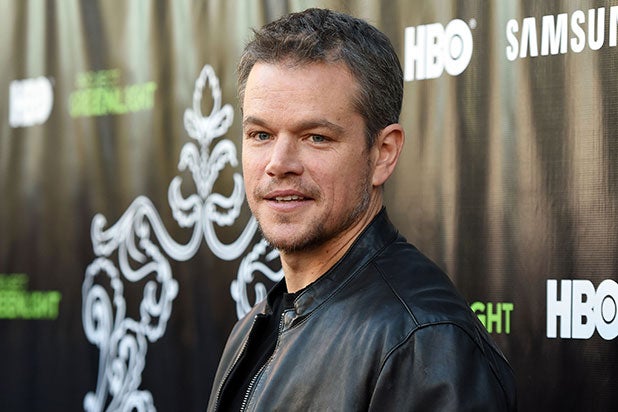 Matt Damon is apologizing and clarifying remarks he made on the “Project Greenlight” season premiere Sunday, which stirred up controversy online.

“My comments were part of a much broader conversation about diversity in Hollywood and the fundamental nature of ‘Project Greenlight’ which did not make the show,” he said in a statement to TheWrap on Wednesday. “I am sorry that they offended some people, but, at the very least, I am happy that they started a conversation about diversity in Hollywood.”

During the episode, Damon and his fellow producers – including Ben Affleck, the Farrelly brothers and “Dear White People” producer Effie Brown — debated the directing finalists they had to choose from.

Brown lobbied for the directing duo of Leo Angelos & Kristen Brancaccio, an Asian man and white woman, arguing that they could bring a diverse perspective to the script.

“Wow. Okay!” Brown answered in amazement. She also expressed concerns over how the chosen script’s one black character, a prostitute, would be represented on screen.

Many social media users were just as exasperated as Brown. They relentlessly roasted Damon on Twitter and caused the hashtag #damonsplaining to trend for several hours on Monday.

I believe deeply that there need to be more diverse filmmakers making movies. I love making movies. It’s what I have chosen to do with my life and I want every young person watching “Project Greenlight” to believe that filmmaking is a viable form of creative expression for them too.