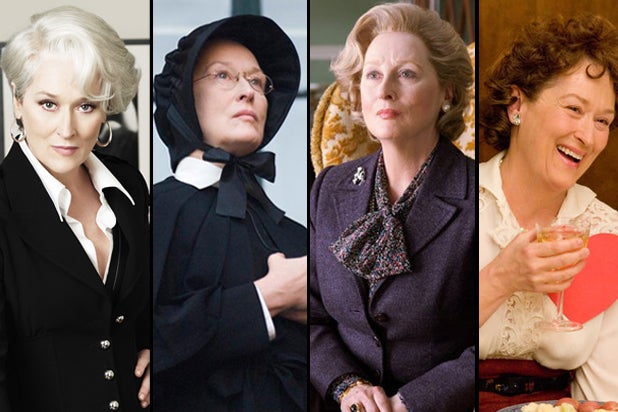 With three Oscar wins and 19 total nominations, Meryl Streep is considered by most to be the greatest actress who has ever lived. From her breakout role opposite Robert De Niro in “The Deer Hunter” to last year’s turn as the Witch in Disney’s musical “Into the Woods,” Streep has spent decades entertaining audiences and showing off her one-of-a-kind versatility.

With the release of “Ricki and the Flash” this weekend, TheWrap decided to take a look back at Streep’s amazing career and the classic lines of dialogue she has made famous over the years. With such an astounding body of work, we had to make some tough cuts, so apologies in advance to “The Bridges of Madison County,” “Out of Africa,” “Silkwood,” “Postcards From the Edge,” “Kramer vs. Kramer” and yes, even “Mamma Mia!”

Let us know in the comments section below what your favorite Meryl Streep movie quote is and if there were any egregious omissions on our list.

Also Read: 'Ricki and the Flash' Review: Meryl Streep Rocks Through a Script That Gathers Moss

“I have doubts. I have such doubts.”

8. THE HOURS (no clip available) – “That is what we do. That is what people do. They stay alive for each other.”

9. AUGUST: OSAGE COUNTY – “Is anybody supposed to smoke?”