Academy Award-winner Michael Moore is calling for a full repeal of the Second Amendment.

On the latest episode of Moore’s podcast “Rumble,” the filmmaker and activist said he believes this is not about people’s right to own a gun, but the “right of all of us to be protected from gun violence.” He mentioned the Uvalde shooting and his documentary about gun violence in “Bowling for Columbine” in 2002. In the wake of Uvalde, Moore is urging Democrats to be “brave” in their push for gun reform.

“You don’t need a gun,” Moore added. “If you’re afraid of somebody breaking in, get a dog.” 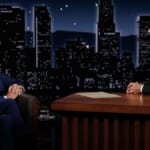 He continued to say that the Second Amendment doesn’t really apply to modern times — and dogs can be used for protection, rather than guns. He believes Democrats are afraid “to go all the way to stop this madness.”

“There were no guns back then, not the way we know them now,” he said referring to 1787, when the Constitution was written. “They had these muskets, these kind-of rifles, that didn’t have bullets because the bullet had not been invented yet, so they had musket balls. That’s all they knew then, that and cannons.” 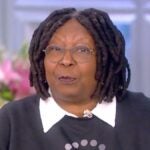 Also Read:
‘The View’ Host Whoopi Goldberg Inspired by Renewed Push for Gun Reform After Uvalde: ‘It’s Like We Woke Up’

Last week, Rep. Jim Jordan spoke in the House about gun control and denounced Moore, who said the Republican congressman is worried that advocates of repealing the Second Amendment will win. Moore added that the vast majority of Americans don’t own a gun.

“A lot of people are afraid to say it,” Moore said. “They don’t want me to say this. They’re afraid it will hurt their reelection chances in November. I think the opposite. I think that being bold and being brave and saying what the majority of Americans are thinking is exactly what the Democrats should be doing.”

You can listen to the podcast in whole but clicking here.