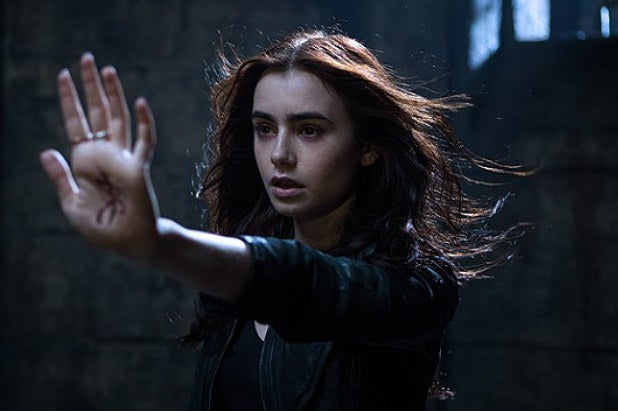 Constantin Film has delayed “The Mortal Instruments: City of Ashes,” TheWrap has learned.

An individual familiar with the project has told TheWrap that production, which was slated to start next week, has shut down indefinitely. A press release from Constantin did not address when production may resume.

“The Mortal Instruments: City of Bones,” based on the bestselling fantasy novel by Cassandra Clare, grossed $58 million worldwide on a reported production budget of $60 million, without taking prints and advertising into account. Constantin claims the film has grossed north of $70 million thanks to several international territories, despite the figure currently displayed by Rentrak.

“Constantin Film has a long tradition of adapting books to the big screen. Pushing back the start of production of ‘City of Ashes’ was a decision we did not take lightly. But after speaking with all of our partners on the creative and distribution side, it was clear that it will be beneficial to have more time to reposition the film in the current market place,” said executive producer Martin Moszkowicz of Constantin. “‘The Mortal Instruments’ series has an incredibly loyal and ardent fan base and is a bestselling book series. While taking Cassandra Clare’s vision to the screen, we want to make sure to draw on the full potential of the franchise.”

Harald Zwart was returning to direct the movie, which was slated to start production next week.

Stars Lily Collins, Jamie Campbell Bower and Kevin Zegers had signed on to return, while Sigourney Weaver had also been expected to join the ensemble.

The decision to delay “City of Ashes” was made several days ago after Constantin spoke with its international distributors at the Toronto International Film Festival, Moszkowicz told TheWrap. While Constantin is committed to making the sequel, the company did not want to rush into production with an unfinished screenplay, preferring to take the time to get right.

“The Mortal Instruments: City of Bones” currently has a 12% fresh rating on Rotten Tomatoes. TheWrap’s review said it “feels like a pilot for a Teen Nick series you wouldn’t want to watch.”

Outside of “The Hunger Games,” YA movies have struggled of late, with “The Host” and “Beautiful Creatures” joining “Mortal Instruments” among Hollywood’s high-profile under performers.