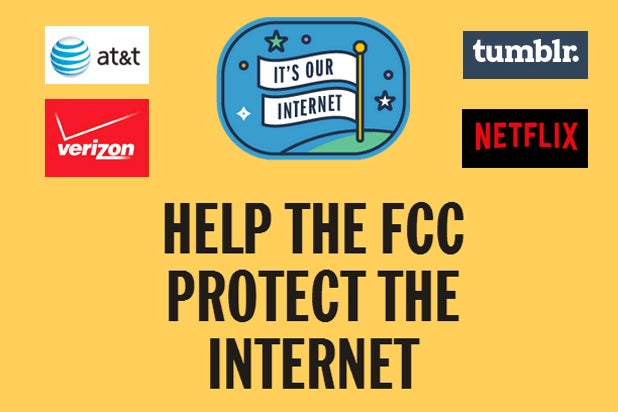 The already-active lobbying of the public, Congress and FCC commissioners turned frenetic today as the long fight over net neutrality moved closer toward its climax.

FCC Chairman Tom Wheeler‘s Wednesday unveiling of his proposal for net neutrality has prompted consumer groups and some website supporters’ efforts to move forward with action to make sure the proposal remains strong when the five FCC commissioners consider it Feb. 26.

In one example on Tuesday Tumblr unveiled a page urging the FCC to take action: “It’s your Internet. Help the FCC protect it,” said the site’s banner for a page picturing the Internet with a tombstone inscribed with “Here lies the Internet 1969-2015.”

Net neutrality’s supporters expecting a blitz of  new warnings from net neutrality opponents in and out of Congress after Wheeler’s announcement are vocal about their own efforts.

“We do not have anything close to the level of resources the other side has, but what we have that we can leverage, is a way of communication that doesn’t rely on ad buys,” said Harold Feld, senior vice president of consumer group Public Knowledge. “Through social media, we know how to light up the switchboards on Capitol Hill in ways that have been enormously effective.”

Evan Greer, director of Fight for the Future, another consumer group supporting net neutrality, made no bones about heightening efforts.

“We are stepping, up the crescendo towards the vote,” he said. His group which had sponsored the Sept. 10 Internet slowdown that brought 750,000 letters of support for net neutrality to the FCC, is launching an Internet countdown with a clock to be featured on a number of web sites. As part of the effort, consumers will get the chance to sign up to send a tweet a day or a tweet a week.

“We will have a sustained effort aimed at both Congress and the FCC,” he said. “We want to see the FCC is doing the right thing and that Congress doesn’t get in the way and derail the agency with partisan nonsense.”

Net neutrality opponents were less vocal about their plans.

On Tuesday AT&T on its public policy blog offered what it said were its “closing arguments” in the debate. It said in the blog the decision is driven by “political considerations.”

After years of debating open internet rules and two failed attempts that were overturned by courts, Wheeler on Wednesday proposed a strong net neutrality rule that buttresses the FCC’s legal position by reclassifying landline and wireless Internet connections as “phone services” instead of “information services.”

In making his proposal, Wheeler gave consumer groups and some Internet sites a big win and raise the ire of critics who have warned the FCC about a reclassification. Wheeler’s new proposal is also in line with President Obama’s position on net neutrality.

Not all details of the rule have yet been resolved, an FCC official told TheWrap and some may not be decided until just before the FCC vote. One question is how net neutrality will cover some of the backend discrimination concerns. Netflix CEO Reed Hastings last week met with Wheeler to urge the FCC to incorporate a ban on ISPs discriminating at interconnection points.

Wheeler’s announcement is expected to get immediate pushback from Republicans leaders in Congress and from major Internet service providers.

Congressional Republicans, once against any regulation of the Web by the FCC, now are offering their own version of net neutrality — a version critics say has too many loopholes. Republicans have warned that without congressional legislation, net neutrality will face legal challenges that could create lengthy  uncertainty about Internet investments.

With GOP FCC commissioners unlikely to support Wheeler, the proposal’s unveiling is likely to start jockeying between the commission’s three Democrats on what will be in the final rule.

Entertainment-related groups involved in the fight are planning their own actions.

“Paid prioritization is a terrible threat to any independent filmmaker,” said Jack I. Lerner, an assistant professor at the University of California, Irvine, who represents documentary filmmakers associations as well as Women in Film & Video, and Kartemquin Films. “At this point we are taking a wait-and-see attitude. We are going to study the rule first, but if it turns out there is something to which we are concerned, without question we will reach out.”

Casey Rae, CEO of the Future of Music Coalition which represents musicians, said his group and musicians are “keeping their gloves warm” and ready to respond to any attempt by Congress or Internet service providers to attempt to subvert the FCC’s authority to act.

“Any attempt to do in the rule using extraprocedural means or general tomfoolery could blow up in their face,” he warned.  “People going to bat for this are not getting tired. They are mobilized. Any attempt to paint the FCC action as heavy handed will be seen as the propaganda it is.”

Net neutrality critics concede that Wheeler has the votes on the FCC to enact net neutrality and say the real fight will take place in the courts after the FCC acts.

“Most net neutrality opponents see the writing on the wall,” said Fred Campbell, executive director of the Center for Boundless Innovation in Technology, who is a critic and a former FCC official. “I doubt he will change his mind, and I am not aware of a last ditch campaign to head him off.”

Campbell said the expected decision to reclassify Internet connections as phone like services will be aggressively challenged in court by companies who fear what the FCC could do in regulation in the future.