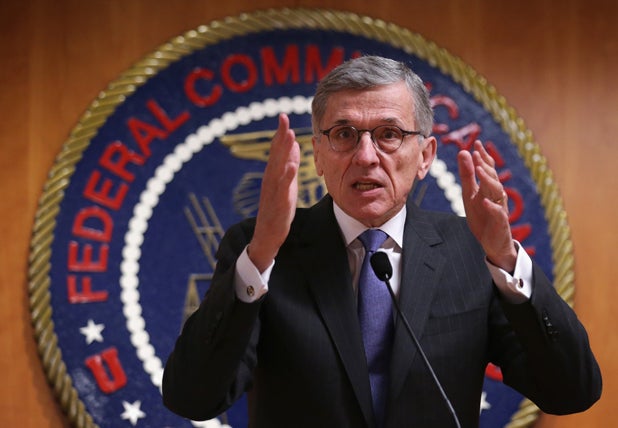 Federal Communications Commission Chairman Tom Wheeler today confirmed that his net neutrality proposal, as expected, would classify both mobile and wired Internet connections as telephone-like services, rather than “information services.”

Wheeler made his case in a Wired Op-Ed, as he readies to send other FCC commissioners his plan for net neutrality that the commission will vote on Feb. 26. He said that his plan represents “the strongest open Internet protections ever proposed by the FCC.”

“My proposal assures the rights of Internet users to go where they want, when they want, and the rights of innovators to introduce new products without asking anyone’s permission,” Wheeler said in the article.

The reclassification had been urged by consumer groups worried that any other path to promoting net neutrality could easily be overturned by courts.

Net neutrality opponents had warned the FCC about a reclassification, suggesting it would allow the agency to too easily interfere with web competition.

“This is a banner day as years of grassroots organizing is paying historic public interest dividends,” said former FCC Commissioner Michael Copps, now a special adviser to Common Cause.

FCC officials said Wednesday that Wheeler’s proposal, which will be sent to other FCC commissioners on Thursday, takes a broad approach both to net neutrality and to seeing that the courts will uphold the commission’s right to act. Courts have overturned the FCC twice before on open internet standards.

The officials said that, while the FCC’s is reclassifying retail broadband services as “phone services” rather than “information services,” it also is asserting a right to regulate practices under other FCC laws.

The agency is, for the first time, also asserting its right to investigate interconnection discrimination complaints like those Netflix made last year against ISPs.

In reversing the agency’s original “information service” classification, the rule cites the extensive changes in technology and use of the Web that have taken place since the agency originally acted.

Where ISPs originally offered content and services, the officials said the rules now say they most often transmit packets of information.

“Heavily regulating the Internet for the first time is unnecessary and counterproductive,” Verizon SVP and deputy general counsel Michael E. Glover, said in a statement. “It is unnecessary because all participants in the Internet ecosystem support an open Internet, and the FCC can address any harmful behavior without taking this radical step.”

He warned that the FCC action “will create uncertainty and chill investment among the many players — not just Internet service providers” wanting to launch new services.

Michael Powell, president and CEO of the National Cable and Telecommunications Association, called the plan “backward-looking” and “ill-suited for the dynamic Internet.

“The FCC is poised to take decisive action that will ensure consumers get the Internet access they pay for without ISPs restricting, influencing or meddling with their choices,” said the company’s statement. The company praised the part of the proposal that would give the FCC more authority over interconnection issues.

In Congress Republicans ripped Wheeler’s proposal while Democrats praised it.

“Chairman Wheeler’s proposal to regulate the Internet as a public utility is not about net neutrality — it is a power grab for the federal government by the chairman of a supposedly independent agency who finally succumbed to the bully tactics of political activists and the President himself,” said Senate Commerce Committee Chairman John Thune, R-S.D.

“Wheeler overestimates the FCC’s authority to re-write our nation’s communications laws — a responsibility tasked to Congress, not the FCC — and ignores the fact that his net neutrality rules almost certainly will be stuck in courts for years over questions of their legality,” he said. “Wheeler’s approach would squelch investment in one of the most dynamic and competitive marketplaces in history, and lock net neutrality protection in the courts.”

“What we have done with this announcement today is put a stake in the ground to protect consumers,” she said. Cantwell called the proposal “a game-changing milestone for American innovations and consumers.”