Netflix laid off around 300 staffers on Thursday, the latest round of layoffs since the streamer last month let go of 150 employees from its workforce of approximately 11,000 globally.

“Today we sadly let go of around 300 employees,” a Netflix spokesperson said in a statement. “While we continue to invest significantly in the business, we made these adjustments so that our costs are growing in line with our slower revenue growth. We are so grateful for everything they have done for Netflix and are working hard to support them through this difficult transition.”

The staffers impacted are based in the U.S., as well as APAC, LATAM and EMEA. 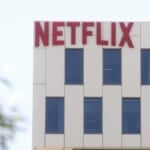 After Netflix revealed in its Q1 earnings this spring that it lost 200,000 subscribers and was projected to lose another 2 million in the year, the company’s stock price has plummeted nearly 70% in value, with the company’s market cap dipping from more than $300 billion in November to less than $90 billion as of this month. The leading streamer’s enterprise value, which ballooned to $277.3 billion last year, is down to around $100 billion.

During Netflix’s recent earnings call, CFO Spencer Neumann said the company was slowing cost growth to maintain margins due to to the slower growth in revenue.

Among other ways to boost subscribers and cut costs, Netflix has hinted at introducing ad-supported pricing tiers to its service and cracking down on users who share passwords with other households, among other changes. 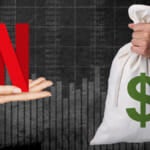