Just when the streaming giant was poised to take over the world with ”Squid Game,“ Dave Chappelle opened his mouth. So what’s co-CEO Sarandos’ next best move?

It was an historic moment for Netflix — the streamer’s greatest achievement so far. For a brief, shining moment, Ted Sarandos united the entire world in perfect harmony, joining us by our common humanity and inspiring us by the better angels of our nature.

Or at least by a hyperviolent Korean-language sci-fi show about a bunch of murderous game show hosts in red jumpsuits.

“Squid Game,” which debuted on Netflix on September 17, became an international phenomenon, the most popular series on the planet for the streaming giant. It not only shot to No. 1 in the United States and Korea, its point of origin, but in 90 other countries around the world, a shared social experience for well over 100 million viewers across a multitude of continents. It’s a genuine pop culture milestone, scripted TV’s first ever global water cooler hit (and a boon to Netflix stockholders, whose shares have surged 6% since the show’s release).

But, of course, just three weeks later, on Oct. 5, Dave Chappelle opened his mouth and the kumbaya singing came to a screeching halt. And now Netflix, a company whose avowed intention has been to build the widest possible subscriber base — basically, signing up every living soul on Earth with internet access — finds itself at the red-hot center of pop culture donnybrook so roiling and triggering, even the streamer’s own employees are marching through its halls with pitchforks and torches and demanding justice.

Hollywood has never seen anything quite like it before.

“Our goal is to entertain the world,” Sarandos wrote in an Oct. 11 internal email to his staff, echoing the company’s long-trumpeted mission statement, hoping to calm tempers inflamed by Chappelle’s latest Netflix special, “The Closer,” in which the 48-year-old comic unloaded on the LBGQT community (“the alphabet people”), particularly trans women (“Gender is fact”) and offended a whole range of other groups (“Space Jews”). “Stand-up comedians often expose issues that are uncomfortable because the art by nature is highly provocative,” the Netflix co-CEO went on, imploring his employees, “Our hope is that you can be hugely inspired by entertaining the world, while also living with titles you strongly believe have no place on Netflix.”

Turns out many of them can’t. Reports say that one thousand Netflix employees — nearly 10% of the company’s workforce — are planning an October 20 walkout to protest the Chappelle special. Three employees, including one transgender worker, have already been suspended for crashing a senior-level Zoom meeting to express their outrage over what they consider hate speech. Another has been fired for leaking confidential financial information on how much the Chappelle special cost ($24.1 million, a bit more than the entire nine-episode season of “Squid Game”). Still others, like Netflix’s “Dear White People” showrunner Jaclyn Moore, have publicly announced that they won’t work with the streamer in the future.

Meanwhile, on Twitter and other media platforms, the special sparked a wave of backlash, then backlash to that backlash, with bold-face names like Australian comedian Hannah Gadsby (who shot to fame in 2018 with her own Netflix special) slamming the streamer for airing the Chappelle special while others, like comic Damon Wayans, gushed in Chappelle’s defense, praising what he saw as creative boldness. “I feel like Dave freed the slaves,” Wayans told TMZ on Oct. 11. “The comedians, we were slaves to PC culture and he just, you know — as an artist, he’s van Gogh. He cut his ear off. He’s trying to tell us it’s OK.”

Whatever you think about Chappelle — whether you see him as van Gogh or a transphobic monster perpetrating “cultural hate” and possibly even inspiring anti-trans violence — one thing is beyond doubt: None of this has been a great look for Ted Sarandos. Just like in “Squid Game,” the Netflix boss now finds himself locked in a lethal contest of Red Light, Green Light, in which there’s no turning back and every step forward could be his last. And just as in “Squid Game,” the whole world is watching.

That Oct. 11 email wasn’t actually Sarandos’ first communication to his staff about the Chappelle controversy. A few days before, there had been an earlier memo defending the special, noting that Netflix had a long-standing deal with the comedian and that his 2019 special, “Sticks & Stones,” had been the streamer’s “most watched, stickiest and most award-winning stand-up special to date,” adding that Netflix didn’t air programming “designed to incite hate or violence, and we don’t believe ‘The Closer’ crosses that line.”

If he’d just stopped there, maybe this crisis could have been averted, or at least stanched. Many employees would still have been upset and Twitter would have continued to rage, but the storm might have eventually blown over. His second email, though, seemed to many like a stick in the eye. Because in that memo, Sarandos didn’t just say that the line hadn’t been crossed, he implied the line didn’t exist.

“While some employees disagree,” he wrote, “we have a strong belief that content on screen doesn’t directly translate to real-world harm. The strongest evidence to support this is that violence on screens has grown hugely over the last thirty years, especially with first [-person] party shooter games, and yet violent crime has fallen significantly in many countries. Adults can watch violence, assault and abuse — or enjoy shocking stand-up comedy — without it causing them to harm others.”

Ironically, up till the Chappelle disaster, this had been a pretty effective defense whenever Hollywood came under attack — usually by conservative politicians in Washington, D.C. — for excessive onscreen mayhem. Whenever studio heads or video-game makers or music label executives were dragged in for Congressional hearings, they would cite the fact that no reliable scientific study had proven that violence in movies or video games or gangsta rap songs had ever caused real-life bloodshed. Just because mentally unstable teenagers in Colorado dressed up like Neo in “The Matrix” didn’t mean the R-rated film caused the massacre at Columbine. For decades, this had been the party line in Hollywood, and it had always more or less worked to keep regulators at bay.

This time, though, Sarandos wasn’t directing the argument at would-be right-wing censors but at marginalized communities who had reason to feel threatened by Chappelle’s comedic rantings. One of the employees who’d been suspended for crashing that Zoom meeting, Terra Field, a Netflix software engineer who identifies as trans, posted a list of trans and nonbinary men and women of color whom she claimed had been killed in hate crimes (she added after each name, “is not offended”).

Artists who In another context might have been counted on to raise the banner for creative freedom suddenly turned on Sarandos, and with shocking gusto. “F– you and your amoral algorithm cult,” Gadsby tweeted at the executive on Oct. 15. “I do s—s with more back bone than you. That’s just a joke! I definitely didn’t cross a line because you just told the world there isn’t one.”

Chappelle has collected a few champions — some right-wing bloggers have applauded the comedian for standing up to “cancel culture,” while political commentator and gay activist Andrew Sullivan posted a piece on his well-read Substack titled “Dave Chappelle Is Right, Isn’t He?” But for the most part Sarandos, who until this controversy had been such a pillar of liberal Hollywood that he signed the Obamas to a lucrative production deal, has been left hanging on his own, defending a position that appears to get lonelier every day. There may well be others who see Chappelle as part of the continuum of shock comedy, a tradition of offensiveness that stretches back decades to Lenny Bruce and Richard Pryor and continues to this day with Howard Stern, but for now they’re keeping their mouths shut. In this climate, who can blame them?

Still, Sarandos’ commitment to comedic freedom might be a bit more inspiring if he were more consistent about it. It was just a couple of years ago that Netflix pulled an episode of comedian Hasan Minhaj’s “Patriot Act” from streaming in Saudi Arabia after the government there complained about a segment blasting the country’s role in the slaying of Washington Post journalist Jamal Khashoggi. Back then, Netflix apparently had no qualms about caving to the offended sensibilities of rich and powerful Saudi royals. But now, when it comes to the feelings of powerless and marginalized trans people here in the United States, suddenly it’s drawing free speech lines in the sand?

Again, not a great look for Ted Sarandos.

Sooner or later, a crisis for Netflix was inevitable. Even if Chappelle had been stricken with chronic laryngitis and never done another special, eventually Sarandos would have found himself in a similar spot. Because what he’s attempting to do with his streaming service — “entertain the world” — is all but impossible.

A film like “Cuties,” in which 11-year-old girls twerk for the cameras, may just be another Mercredi in France, but when Netflix streamed it last year in the U.S. a lot of folks considered it child porn especially after a poster for the film appeared that didn’t underscore how director Maïmouna Doucouré’s film explored the topic as social commentary. And what about “Blonde” when it streams on Netflix next year? Reports have suggested that Andrew Dominik’s Marilyn Monroe biopic, starring Ana de Armas as the proto-sex symbol, is so racy that it will be slapped with an NC-17 rating. How will that play in American living rooms? Even a beloved international hit like “Squid Game” has been taking hits lately despite generating $891 million in value on a $21.4 million investment (thanks to that leaked financial data). The show has faced criticism for being misogynistic (nobody wants female teammates), excessively violent (kind of the point of the show, but whatever) and unoriginal to the point of plagiarism (see “As the Gods Will,” a 2014 Japanese film about a group of high schoolers forced to play deadly games).

So, what’s the path out of this mess? After doubling down on the creative freedom argument with not one but two emails to his staff, is there any room left for Sarandos to maneuver? At this point, can he reverse course and pull the Chappelle special? Or is he forced to stick to his guns and take the heat for as long as it lasts? Just as in “Squid Game,” the South Korean hit that united the world back in September, there doesn’t seem to be any winning strategy here.

Whichever way Sarandos ends up playing this particular game, he can only lose. 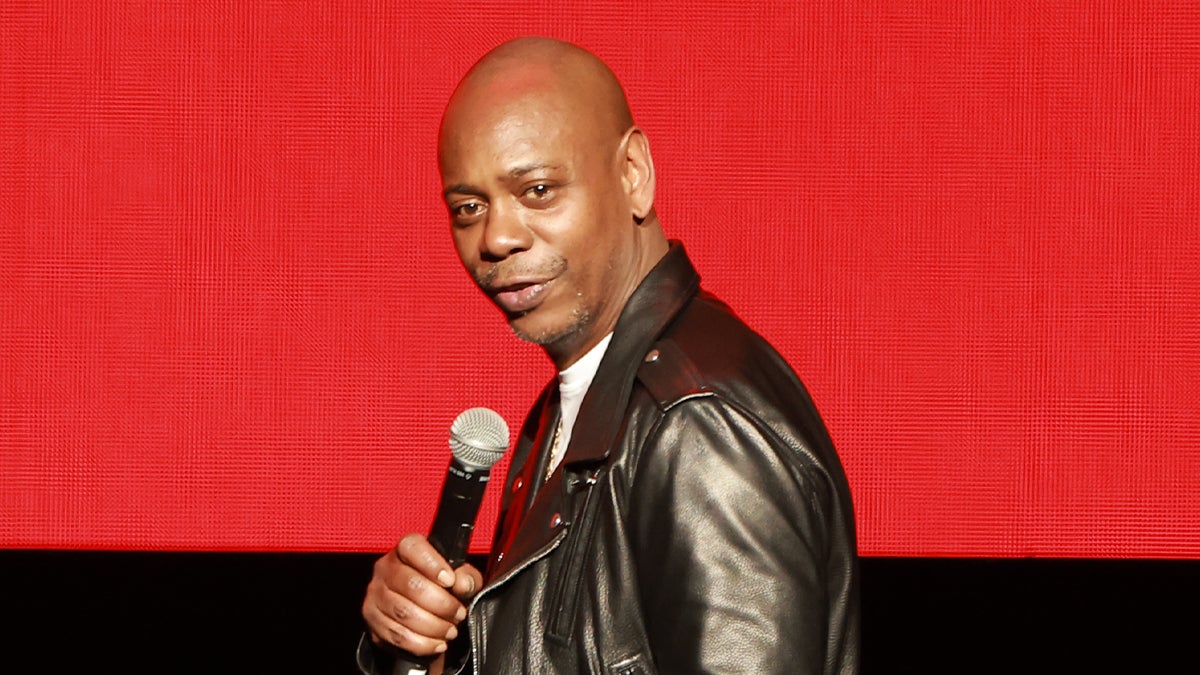 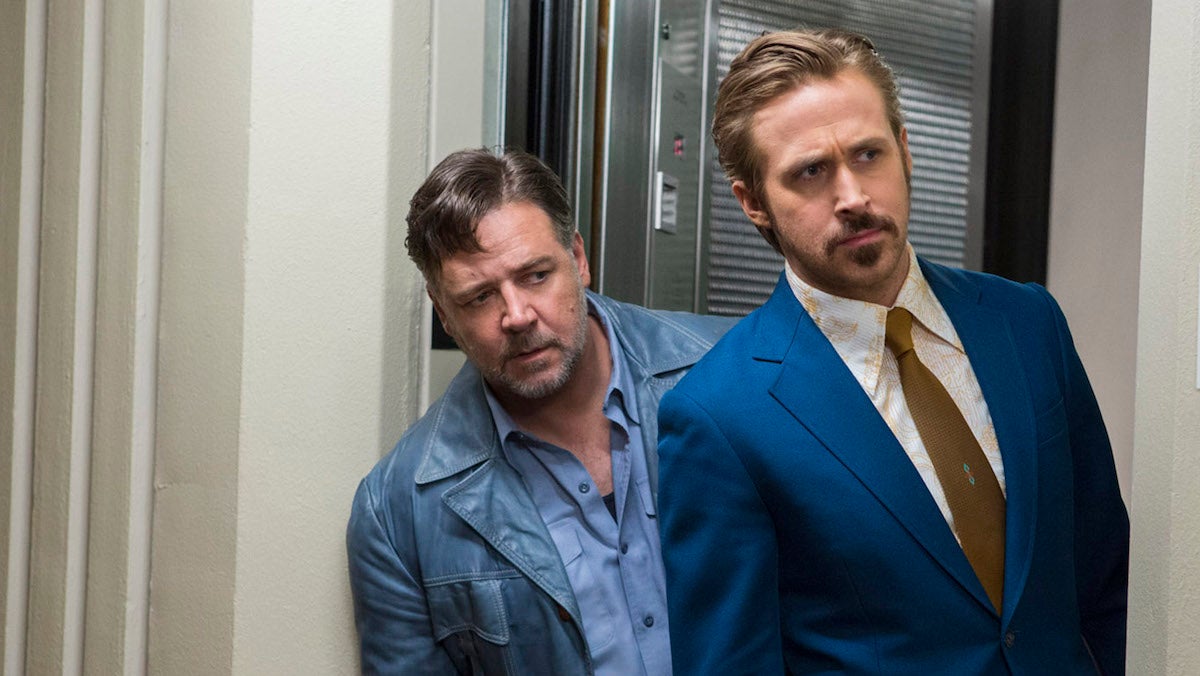