Netflix has fired an employee who leaked internal documents to Bloomberg regarding the cost of Dave Chappelle’s “Sticks & Stones” comedy special.

“We have let go of an employee for sharing confidential, commercially sensitive information outside the company. We understand this employee may have been motivated by disappointment and hurt with Netflix, but maintaining a culture of trust and transparency is core to our company,” a Netflix spokesperson said.

Netflix did not identify the employee’s identify who was fired. The Verge reported the fired employee is Black and currently pregnant. The terminated individual has been encouraging trans employees and allies to walk out of work in protest of how Netflix has responded to controversy over transphobic jokes in Chappelle’s new comedy special, “The Closer.”

TheWrap reached out to Netflix to inquire about The Verge report, though we received no comment in return. 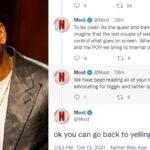 The Bloomberg article, which was published Oct. 13, detailed the cost of Chappelle’s comedy specials relative to other projects on the streaming service. The article stated that Chappelle’s “Sticks and Stones,” which was released in 2019, cost the service $23.6 million, compared to his just-released “The Closer,” that cost $24.1 million. According to the documents reviewed by Bloomberg, “Sticks & Stones” had an “impact value” of $19.4 million, meaning it cost more than the value it generated.

The other metric Netflix used, “efficiency,” (which weighs a show’s reach against its price tag), gave “Sticks & Stones” an 0.8, below the break-even score of 1.

Chappelle, Netflix and co-CEO Ted Sarandos have been under fire since “The Closer’s” release on Oct. 5, following outcry and heavy backlash from Chappelle’s transphobic jokes. 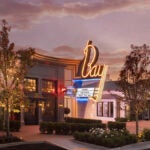 Sarandos has multiple times defended the special and Netflix earlier this week suspended three employees, including one trans person, who crashed a quarterly directors meeting. Netflix eventually re-instated those three, including trans software engineer Terra Field, after finding that their attendance at the meeting didn’t violate any rules.

The 48-year-old Chappelle has sparked outrage from the trans community for past stand-up routines, well before his new half-hour set. “Gender is a fact,” he stated at one point. “Every human being in this room, every human being on Earth, had to pass through the legs of a woman to be on Earth.” Chappelle then riffed about the genitalia of trans women, which he described as “not what it is.”