First: Wall Street had forecast earnings per share (EPS) of $2.56 on $7.48 billion in revenue, according to a consensus estimate compiled by Yahoo Finance. Those are, of course, in line with what Netflix itself provided alongside its Q2 performance. At the time, Netflix forecast third-quarter net income of $1.158 billion, revenue of $7.477 billion and diluted earnings per share of $2.55.

The July-September 2021 quarter’s profit was buoyed by a “$136m non-cash unrealized gain from FX remeasurement” on Netflix’s “Euro denominated debt,” the company said in its letter to shareholders.

Also after the stock markets closed on Tuesday, Netflix reported it had 213.56 million global paid subscribers at the end of Q3 — growth of 4.38 million from the previous quarter.

The company had forecast it would hit 212.68 million subscribers in the third quarter, which would have represented year over year grown of 9%. The streamer outdid that public prediction by nearly 1 million subs.

The smash hit of Netflix’s third quarter, no doubt, was “Squid Game.” But the Korean series only debuted in mid-September with roughly two weeks left in the quarter, and it took that time to become a word-of-mouth breakout. Expect to see a heavy portion of the “Squid Game” effect in Q4 numbers.

Netflix had already announced that “Squid Game” viewership destroyed the impressive performance of its previous hottest-out-the-game original series, “Bridgerton.” And on Tuesday, the company updated us with a real wow: two-thirds of Netflix households worldwide sampled “Squid Game” within its first four weeks. 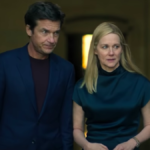 We told you it was a wow. Netflix also said it plans to shake up the way it reports ratings: Read all about that here.

Other highlights in the recently wrapped quarter include Season 5 of “La Casa de Papel” (aka “Money Heist”) and Season 3 of “Sex Education.” “Virgin River” (pictured above) also returned in Q3. Fourth-quarter series “Maid” is off to a big start, Netflix said, and is on pace to outperform “The Queen’s Gambit.”

Netflix execs will discuss the quarter in greater detail during a video interview at 6 p.m. ET/3 p.m. PT. We’ll find out then if Dave Chappelle’s controversial special “The Closer” comes up during a Q&A conversation between the streaming service’s most senior executives and media analysts.