The second official trailer for “The Matrix Resurrections” has dropped, and if you weren’t already in the bag for the fourth Matrix movie before, this one may tip you over the edge.

This offers the clearest look yet at the new “Matrix” sequel, which finds Lana Wachowski returning to co-write and direct a story that brings Neo (Keanu Reeves) and Trinity (Carrie-Anne Moss) back, but not quite in the way you may think.

As this trailer underlines, Neo and Trinity are living inside the Matrix seemingly having forgotten the epic events of the original “Matrix” trilogy (and the fact that both of them died at the end of the third film). But there is a recurring theme of “déjà vu” throughout, as if past events are now being echoed in either a new iteration of the Matrix or an alternate timeline. 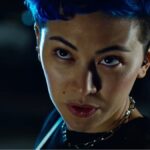 Our first look at Jada Pinkett-Smith as Niobe suggests this is indeed a continuation and not an alternate timeline, as she’s buried under old age makeup that suggests a time jump. Moreover, this trailer goes a long way to single out who’s echoing who this time around – Jonathan Groff is Agent Smith and Yahya Abdul-Mateen II is Morpheus, to name a couple. Laurence Fishburne had previously revealed he does not return as Morpheus.

As if that wasn’t intrigue enough, the action once again appears to be groundbreaking, after Wachowski and her sister Lily Wachowski upended the action genre with their 1999 film “The Matrix” and its two subsequent sequels.

Check out the new “Matrix 4” trailer above. The film also stars Jessica Henwick, Priyanka Chopra Jonas, Lambert Wilson and Christina Ricci. “The Matrix Resurrections” will be released in theaters and on HBO Max day-and-date on Dec. 22.