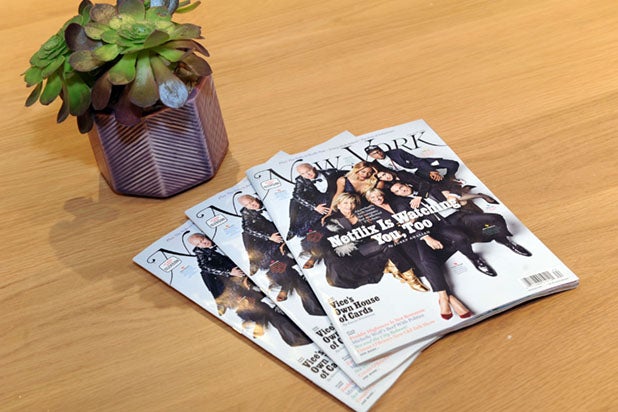 The owners of New York Media, the publisher responsible for New York magazine and its various digital offshoots, may be considering putting the company up for sale.

According to the Wall Street Journal, the company is exploring various strategic options.

In an email to employees on Thursday following WSJ’s report, which was obtained by CNBC, CEO Pam Wasserstein said her family “would be happy to continue owning it for years to come,” but seemed to confirm that a sale was on the table.

“Partnering to support acquisitions or other ways of growing might make sense. Or it might not,” Wasserstein wrote. “The point is that I’m trying to make our company the best version of itself, as I know all of you are.”

A spokesperson for New York Media did not immediately return TheWrap’s request for comment, but the company provided the following statement to the Wall Street Journal: “We are focused on building our business organically, but we also explore investment interest and strategic opportunities as a general practice … Given the growth New York Media has seen, it makes sense for us to evaluate the market for opportunities to continue to develop the business.”

In addition to the print magazine, New York Media’s digital operation includes NYmag.com, pop culture site Vulture, lifestyle site The Cut and the food and restaurant Grub Street, among others.

Read the full email from Wasserstein below.

The Wall Street Journal published an article today about the company. I wanted to expand a bit more on that for internal purposes. My family has owned this business since 2004. We very much believe in this exceptional institution; we are proud owners and would be happy to continue owning it for years to come. As we discussed at the Town Hall last month, we are investing into a number of growth initiatives for the company, taking advantage of the moment and the strength of the business we’ve built together.

We are ambitious for this place. It’s fairly standard that everyone talks to everyone in media, but I’ve stepped up participation a bit this year in order to be opportunistic about what path we take to build (buying Splitsider earlier this year is an example of learning about market opportunities and taking advantage of it). Partnering to support acquisitions or other ways of growing might make sense. Or it might not. The point is that I’m trying to make our company the best version of itself, as I know all of you are.