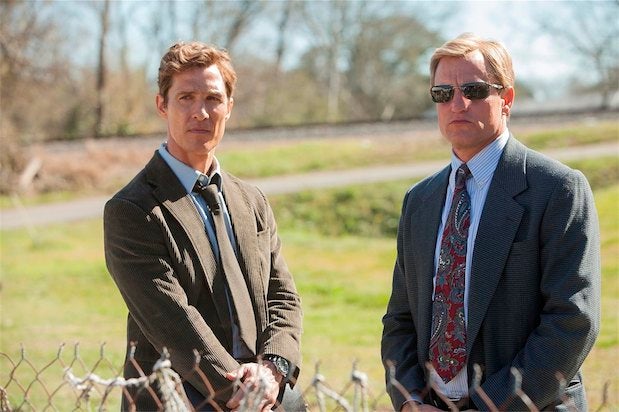 Paramount Television has signed a three-year production deal with Anonymous Content, the management and production company responsible for “True Detective.”

Their first series together will be a drama based on the best-selling novel “The Alienist.”

Paramount will get first dibs on any scripted TV developed by Anonymous, which executive produced the upcoming Steven Soderberg-directed miniseries “The Knick” and just concluded production on the Cinemax pilot “Quarry.”

“I’ve known Steve both professionally and personally for many years, and I have enormous respect for the sophisticated and entertaining movies and television Anonymous Content creates,” Paramount Chairman and CEO Brad Grey said in a statement. “As we build our television business, we are proud to welcome the Anonymous team into the Paramount family.”

Grey, once a powerful manager and producer, named digital-savvy Amy Powell the head of Paramount TV, charged with producing shows for broadcast, cable, premium cable, subscription video-on-demand (like Netflix and Amazon), as well as other online platforms.

Also read: ‘Grease’ Live Musical in the Works at Fox

Its first broadcast show will be a “Grease Live” musical event and has signed various development deals, including a series event based on A. Scott Berg’s Charles Lindberg biography, a re-imagination of “The Truman Show” and a crime drama with Joe Carnahan.