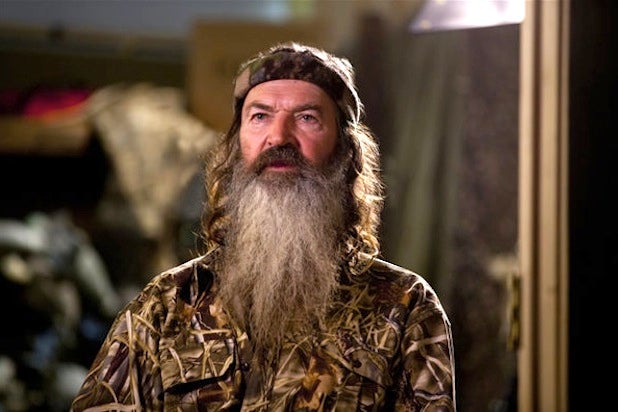 The group behind a pro-Phil Robertson petition says A&E still has some explaining to do even after lifting the “Duck Dynasty” patriarch’s suspension for anti-gay comments.

Faith Based Consumer created the IStandWithPhil.com website, which yielded 260,000 signatures in support of Robertson. He was suspended last Wednesday after a GQ interview in which he grouped gays with “drunks” and “terrorists” and said African-Americans were perfectly happy before Civil Rights.

The group welcomed A&E’s decision Friday to lift Robertson’s suspension, with him not missing any episodes. But it said it still had questions, particularly about A&E’s insistence that its core values include “creativity, inclusion, and mutual respect.”

“Despite our celebration, we remain uncertain of A&E’s true intent. Today, in the network’s statement of their core values – centered on ‘creativity, inclusion, and mutual respect’ – Faith Driven Consumers are left wondering whether A&E considers us to be a part of America’s rich rainbow of diversity,” said Chris Stone, founder of Faith Driven Consumer.

“Do they also now embrace the biblically based values and worldview held by the Robertson family and millions of Faith Driven Consumers?”

He noted that A&E said it had met with “numerous advocacy groups” and wondered if any included religious consumers.

“We eagerly anticipate A&E’s naming of those groups to ensure that our community was included,” he said.

“Faith Driven Consumers will remain vigilant as we measure whether A&E’s actions reflect true tolerance, diversity, and mutual respect – including their equal embrace of our biblically based values and deeply held beliefs,” he said.

GLAAD, meanwhile, said A&E should arrange for Robertson to sit down with gays and African-Americans.

“If dialogue with Phil is not part of next steps then A+E has chosen profits over African American and gay people – especially its employees and viewers,” GLAAD said.